After our 7 day excursion through the southern Black Hills we headed to Frieghtliner in Rapid City for our “recall” part. We left the coach with them and headed off to see the sights. 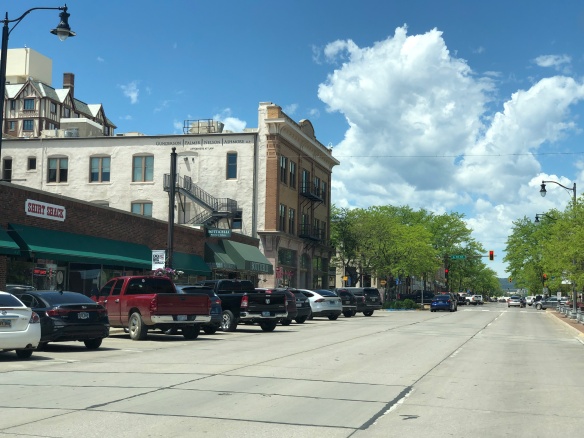 Rapid City is known as the City of Presidents given its proximity to Mount Rushmore and all the US presidents that are represented by bronze statues on downtown street corners as well as Native American pieces. 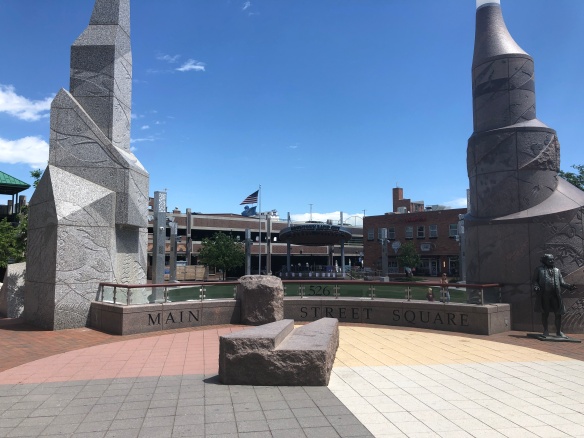 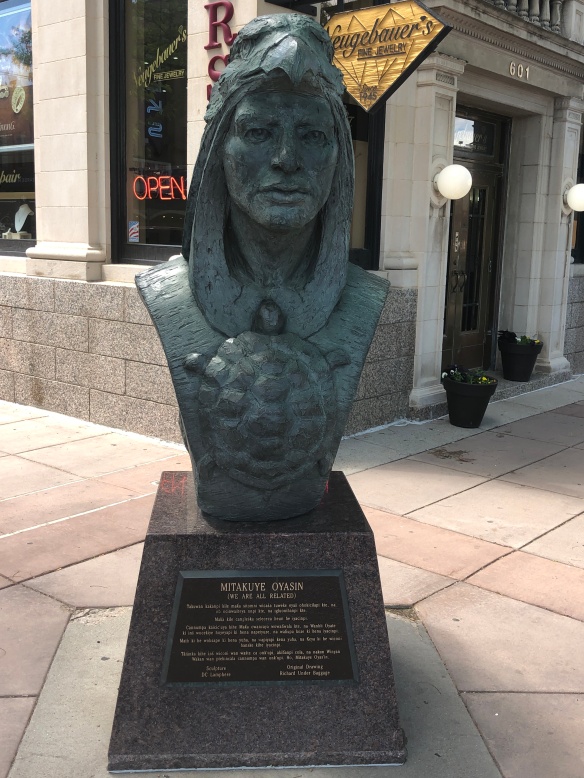 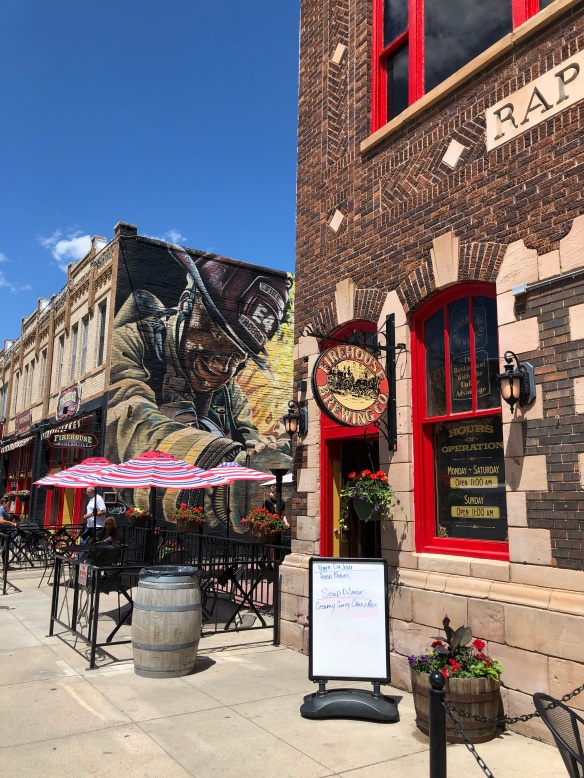 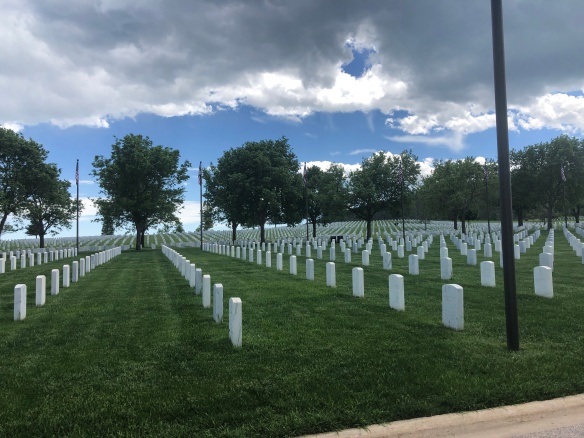 When we picked up the coach and left Frieghtliner it was late in the day and a storm was approaching. Storms in this part of the country are quite fierce, high winds and hail are the norm, and one such storm was a-brewing 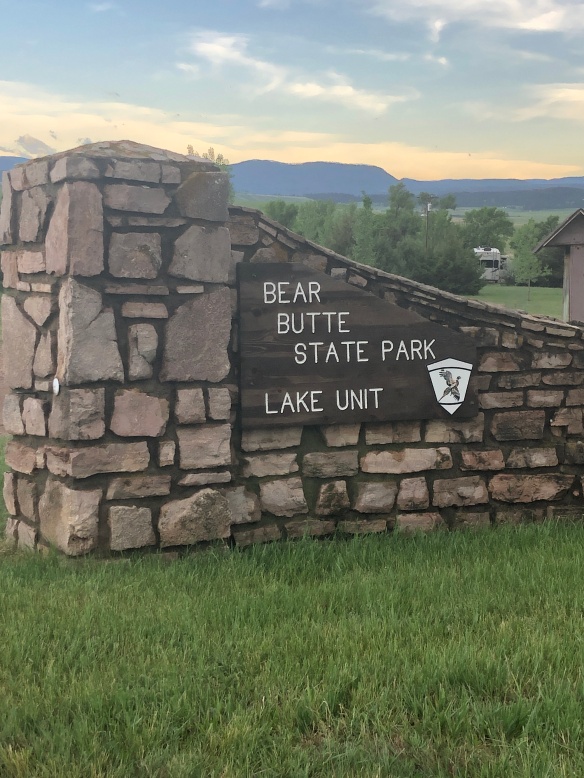 We made it to the campground  through torrential rain, fortunately we didn’t have far to travel, just down highway 90 to Sturgis, then 15 minutes north. But we arrived a muddy mess (again)

The campground was first come first served, and we were fortunate that not only was there an open site but it stopped raining just as we arrived and a lovely rainbow greeted us. We were also greeted by an English woman from Derby who lived in nearby Spearfish and had heard that massive damage to rooves and windows had occurred during the storm

First stop Deadwood. Another western town where thousands of prospectors descended with the promise of gold in 1876. Deadwood was a little different from other gold rush towns of the times as the gold kept coming and generations of miners toiled underground and when their shift was over they came to Deadwoods saloons, gambling halls and brothels, illegal at the time but a blind eye was turned.

The tourist haven’t arrived back yet due to the pandemic 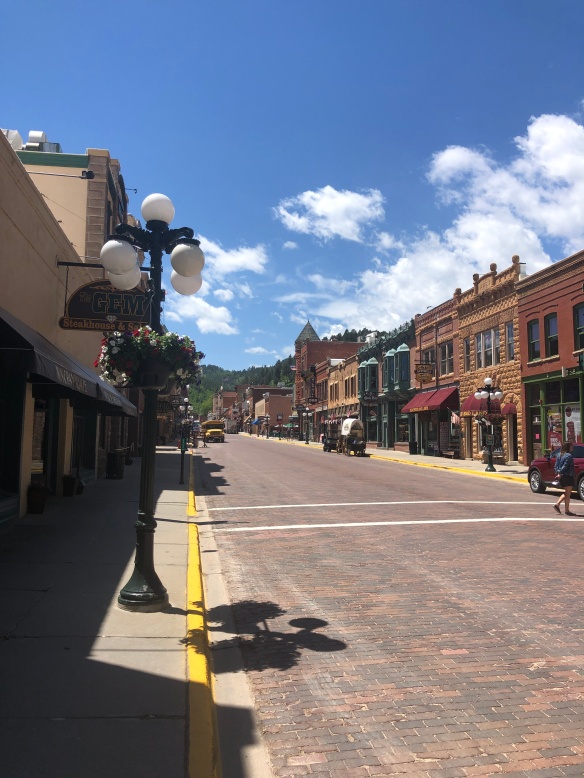 “Oh, the Deadwood Stage is a-rollin’ on over the plains…” 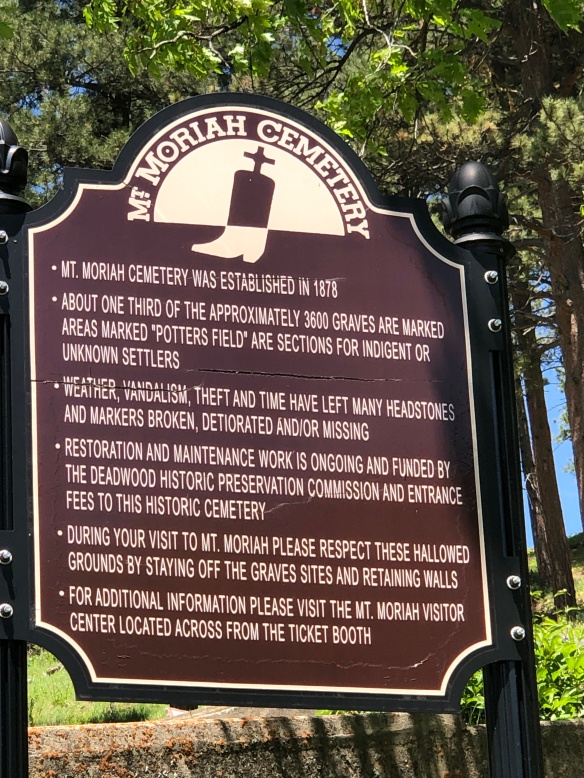 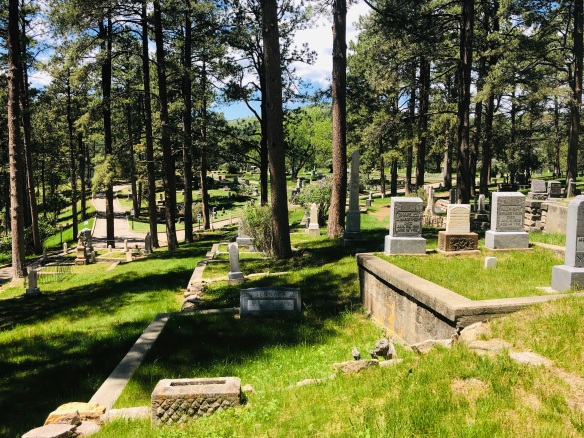 A view of the Deadwood Gulch from the cemetery 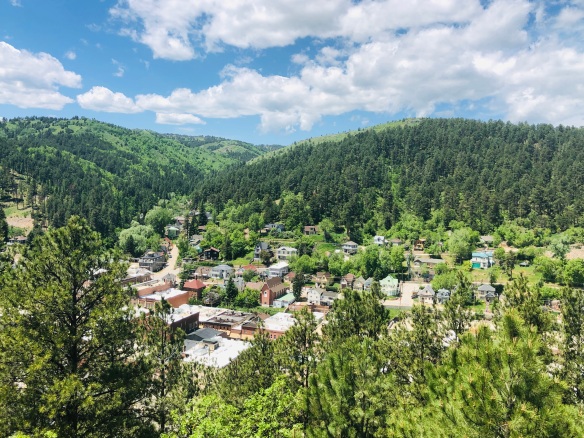 Next, just a few miles away was the town of Lead, and the site of the Homestake mine, the largest, deepest and most productive mine in the Western Hemisphere before closing in 2002.

Back to Sturgis, the home of the long running Sturgis Motorcycle Rally. This town is all about motorcycles and the 500,000 riders who attend the yearly 10 day rally occurring  every August for the past 80 years

The town consists of a motorcycle museum and rows of taverns. Buffalo Chip and Full Throttle Saloon are 2 of a few outdoor venues just out of town. Both properties that cover a few acres contain bars, cafes, stages for the various music events, Willie Nelson and ZZ Top were headlining this years event, ( if it’s not cancelled )

The bar area is pretty impressive, could probably house 300-400 people and that’s just inside. Other than the 10 day rally the area is pretty quiet, just tourists like us moseying around

There were some pretty interesting artifacts and the bar in the center was most impressive decorated with engine parts. We could only imagine how wild this place would be during the rally. 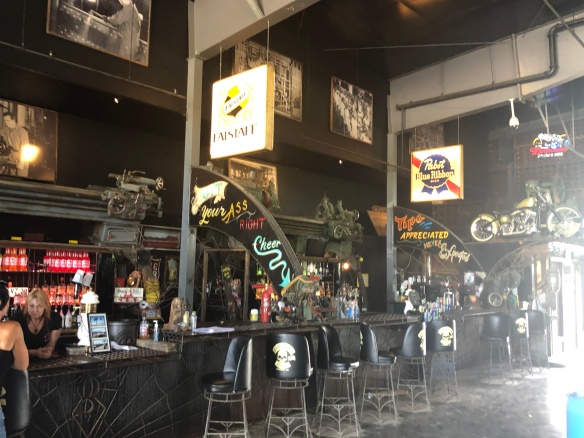 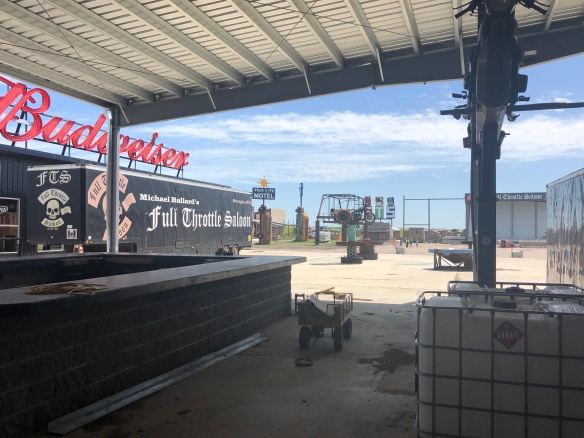 Just south of Sturgis is the town of Spearfish and the Spearfish Canyon, a dream ride for the motorcycle enthusiasts

Next stop on South Dakota trek was Belle Fourche, and we chose another lakeside campground, Rocky Point about 5 miles outside of town. We were only able to stay here midweek as the area is packed at weekends with families with their watercraft.

It’s been very warm in South Dakota for the past couple of weeks, we normally try to find low 70 temperatures, and weren’t expecting 90+. We’d planned to spend the weekend across the lake at a great boondocking area, but by Thursday that was packed too. 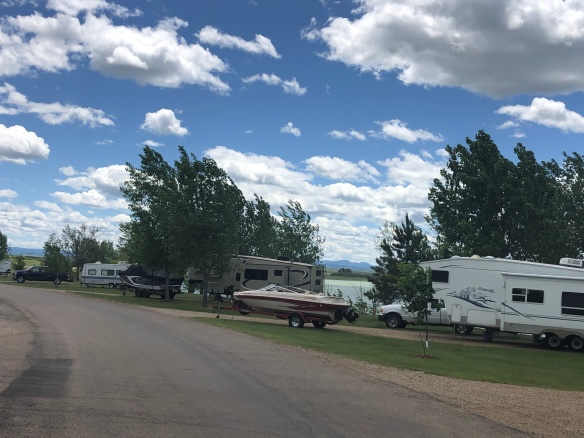 The town of Belle Fourche was named by French explorers and became a well-known fur trading area. When the railroad came to the Hills they built a terminal near where the present Belle Fourche Livestock Exchange stands and Belle Fourche began shipping 2,500 livestock per month to the mid-west. 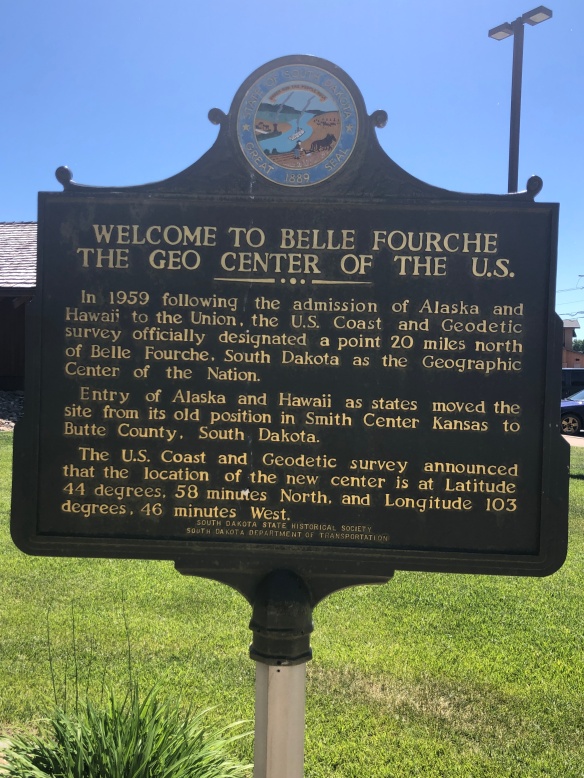 During several wars they became the major manufacturer of wool for uniforms.

Belle Fourche is also the geographic center of the nation, or they decided to make it so, it’s actually 20 miles north, but they’ve got the granite compass rose displayed, so there.

With our South Dakota tour at an end, it’s was time to travel 12 miles west into Wyoming, then another 20  miles into Montana and an adventure we wouldn’t soon forget.

Where Are We Now

Your resource for RV camping in America.

Stepping out of our comfort zone

Gone With The Wynns
LivinLite.net

One Couple's Journey Across the U.S.

Take To The Highway