Our drive to Grand Junction was west on I-70 and over the Rockies. The GPS went wild with terrain around us. and we had had some steep climbs, but our 400 hp Cummins engine had no problem. The Colorado River runs along I-70, and we caught several glimpses of the whitewater rafters in action.

Driving on I-70 we passed through Glenwood Springs, driving south from here would have taken us to Snowmass Village and Aspen. Beautiful country! 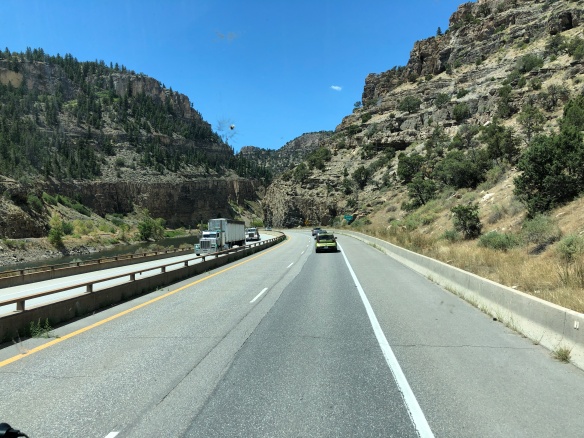 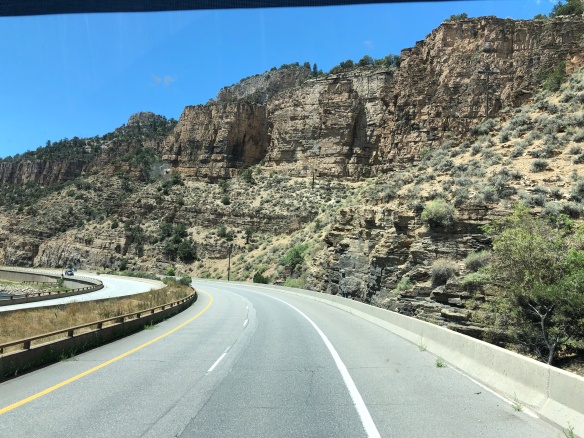 We camped at James M Robb Colorado River State Park in Palisades, a small town just east of Grand Junction which is famous for its peaches and wineries. This is very much the agricultural area of Colorado and quite close to the Utah border and we could already see the landscape changing to the red clay. 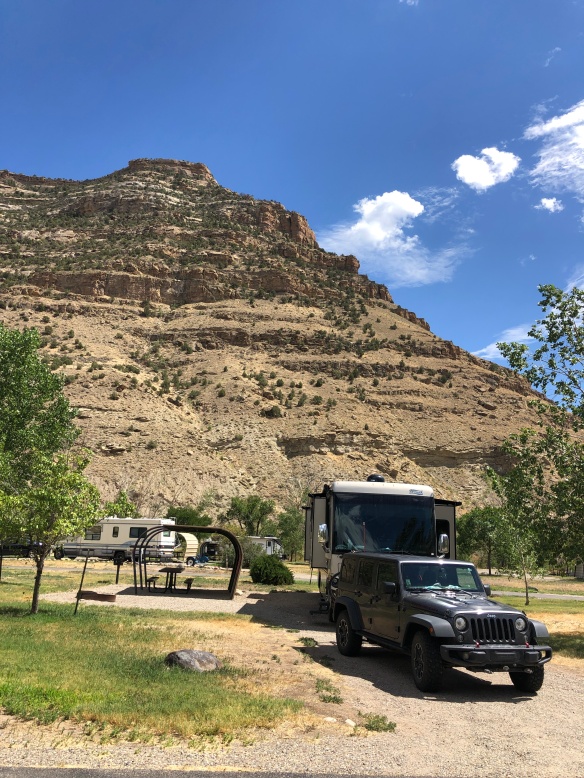 The town of Palisades is where the first winery was planted in 1882, and because of the extraordinary amount of sun the area receives the fruit orchards are in great abundance. We arrived halfway through peach season having just missed the cherries. All the grocery stores are supplied with the peaches as well as trucks on the side of the road, big bag $5. 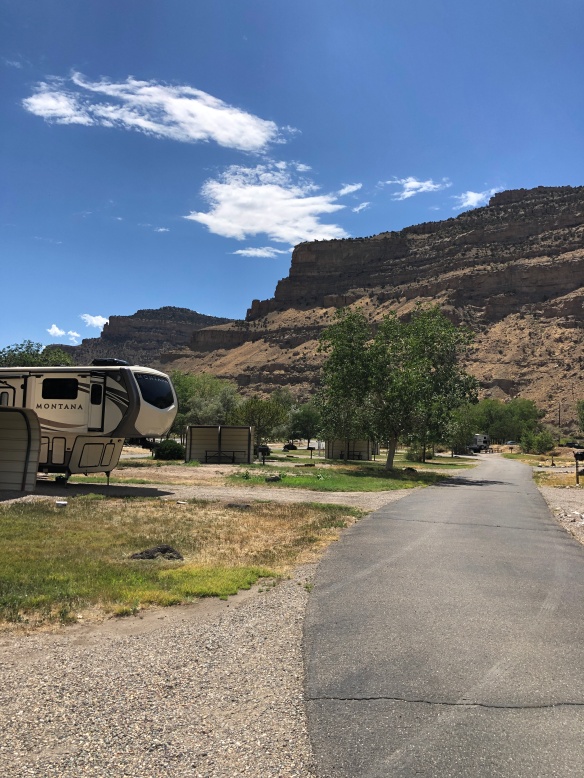 We drove the 23 mile scenic Rim Rock Drive passing giant monoliths and stopping to gaze at the sheer rock walls as tall as 400 feet and deep canyons as deep as 500 feet.

John Otto built the first trails, in the age of John Muir a fellow kindred spirit, and climbed the steep monoliths to post the American flag 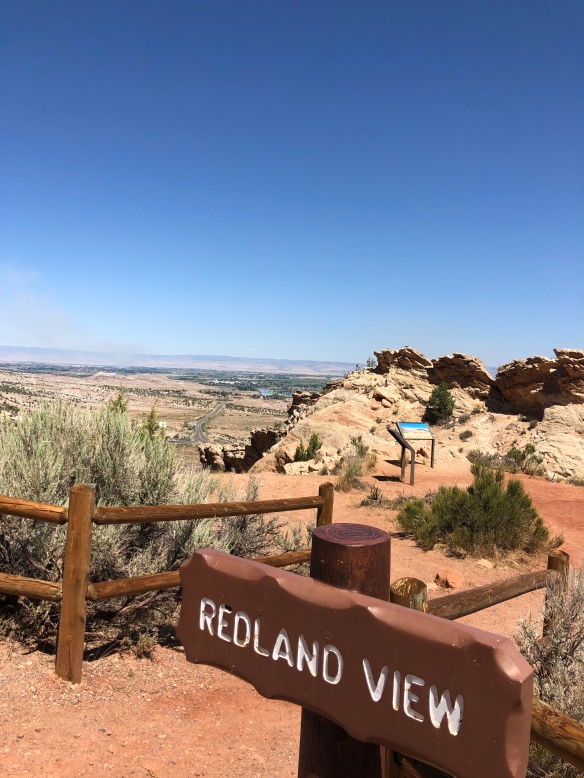 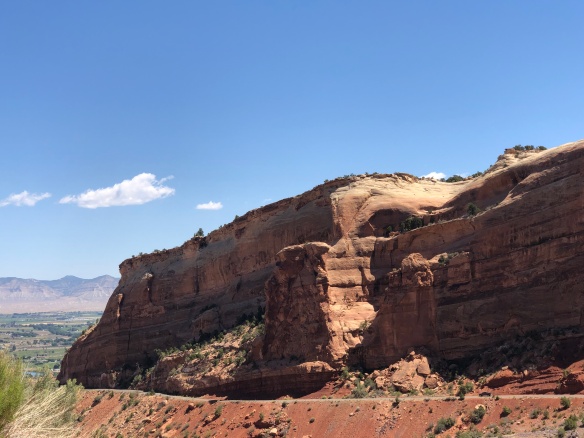 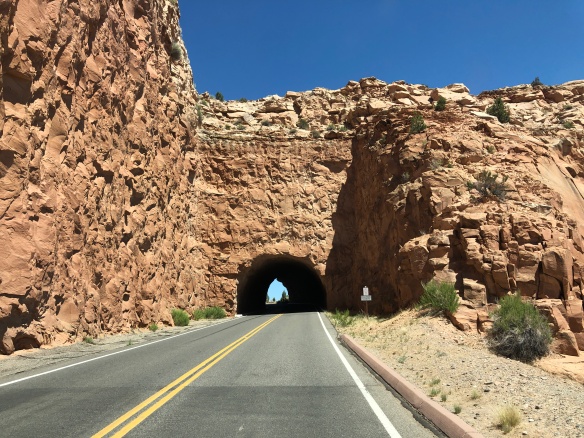 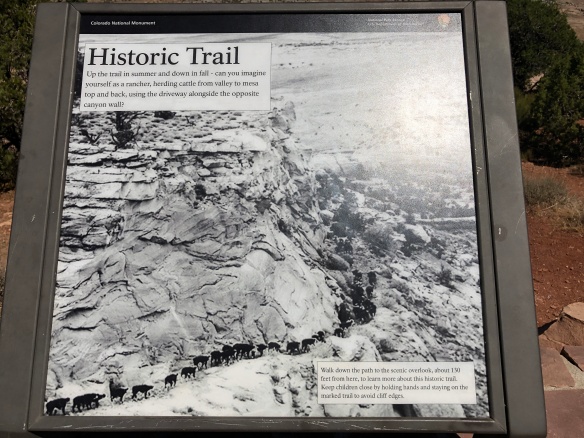 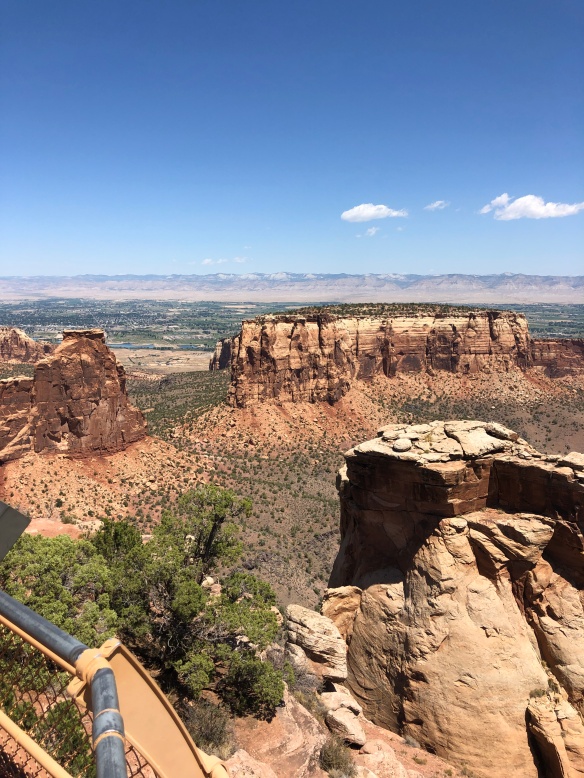 There are many rock climbing routes in the park, but this one is a”must” on Independence Day 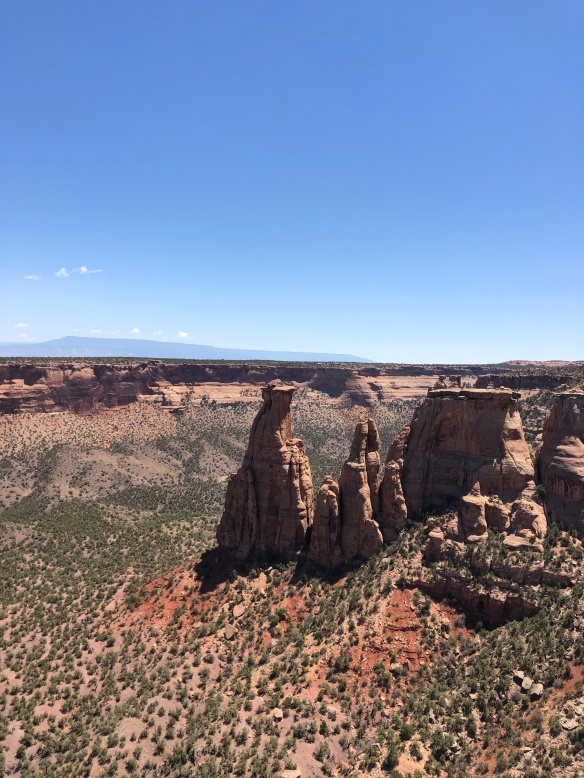 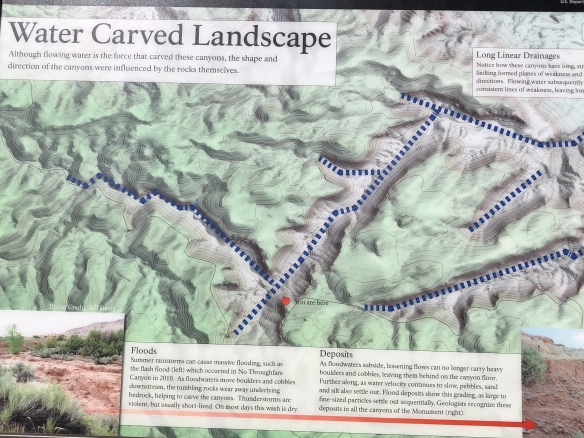 As well as rock climbing Grand Junction has become a major mountain biking destination and the National Monument is home to the Coors Classic bicycle race known as The Tour of the Moon due to its unique landscape.
Downtown offers several restaurants and we were about to order at the Indian restaurant when Chris saw an English pub sign 3 doors down advertising Guinness and fish and chips. Say no more.

The heat wasn’t about to quit anytime soon, so decided to book for a month somewhere and lay low.   We were still having difficulty securing a campground, and the only available sites were $70 per night or more. Monthly rates are much more economical and usually run $600-$700 per month, but we found one about an hour south for $345 per month + electric and booked it sight unseen. A month is a long time if you’re in a dump, but cheap enough to cut your losses if need be. We’ll see.