The weather was still calling for rain, and as its hurricane season in this neck of the woods, we planned to move swiftly through the Gulf of Mexico, plus we didn’t want to loose all our money at the casinos within the first 10 days of our trip, so we passed by Biloxi and Gulfport via this tunnel.

We continued  on I-10 west and drove about 2 hours from Foley Alabama to the town of Mandeville, Louisiana on the north shore of Lake Pontchartrain

We checked into Fontainbleau State Park  , a nice park, well manicured and quite large. Our site was close to the front and about 80′ long. Only problem was the utilities were on the wrong side, but apart from that, no complaints They even had good WiFi. 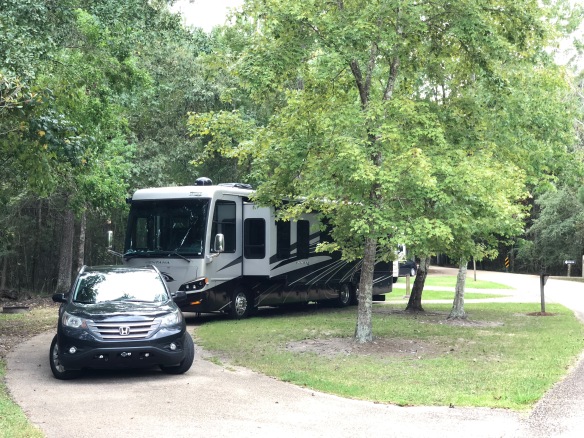 Not long after we arrived we were greeted by a couple who had seen our check-in on RVillage and came to introduce themselves. They’d just sold their house and going full-time. They offered a couple of suggestions of places to visit that we weren’t aware of in NM., always ready to gather more information, we’re very new to this.

In the evening we went over to New Orleans via the 24 mile causeway bridge over the lake and drove to Frenchmen St., a busy and colorful street a few blocks from Bourbon St. We even found on-street parking right in the center of things.

We began our evening at Marigny Brasserie with boudin balls, gumbo and mac and cheese, oh and a terrific band. (Boudin balls, a local delicacy rather like meatballs made with ground pork, liver and rice)

After about 15 minutes the band completed their set and left. But as they were leaving another band was starting to gather. A guy came in dragging a dolly and uncovered a drum kit, then the upright and bass guitar and finally the brass section arrived.

This band were equally as talented as the first, playing post war tunes, but there was more to come 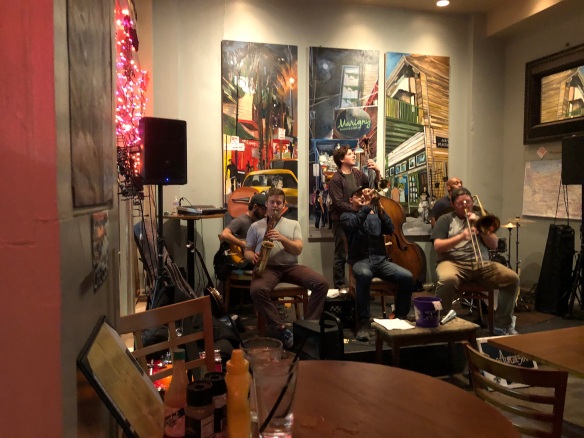 Across the street at the Spotted Cat Club was another band with a terrific lady singer, piano, woodwind, bass and drums.

There were no cover charges at these places, just a tip bucket 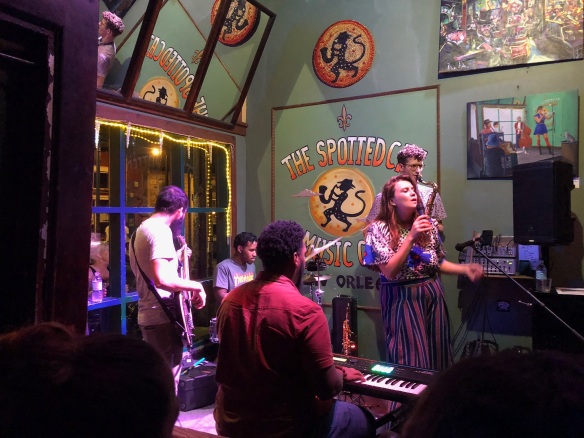 Across the street and 5 doors down, another bar with more wonderful players, this lady had an amazing voice also.

We had a terrific evening soaking up the good vibes and enjoying the talent, who were all so polished and professional. 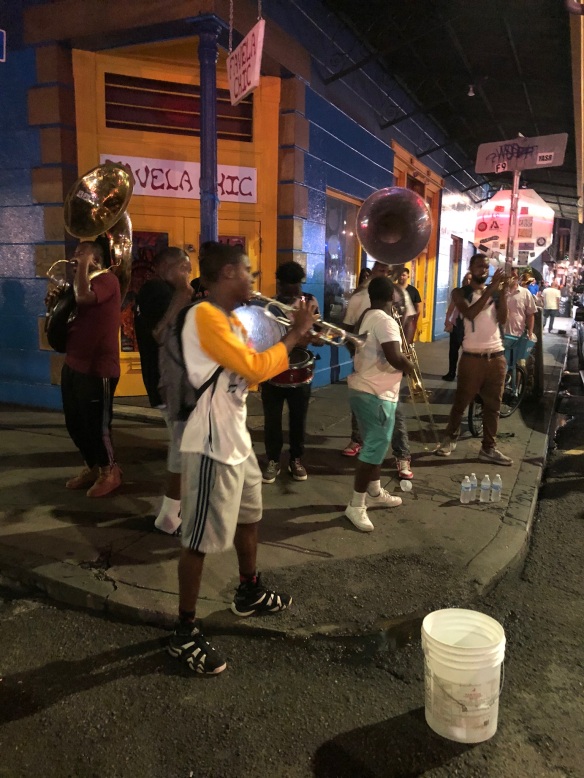 Who needs a bar to perform music. a street corner will do.

The following morning we went down to check out the beach in the park, 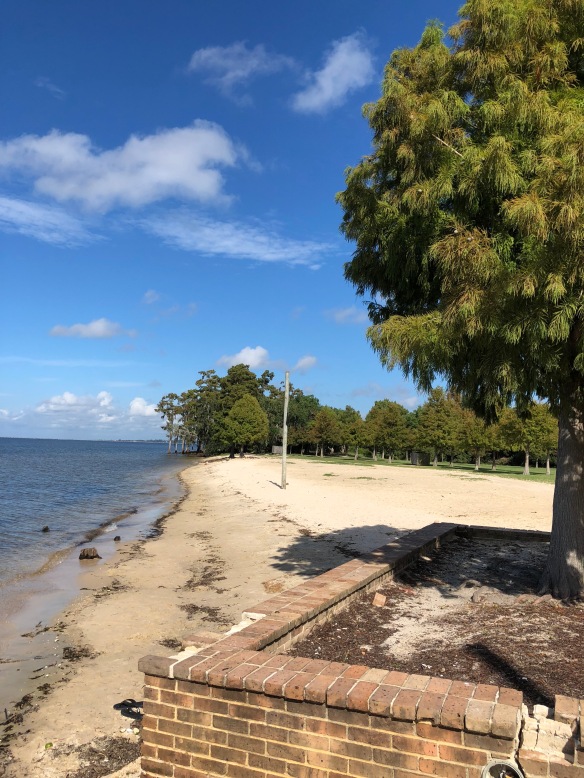 Beach at the park

No-body around, we had the park almost to ourselves

Path to the beach and bathroom/showers. This was also a big picnic area with pavilions 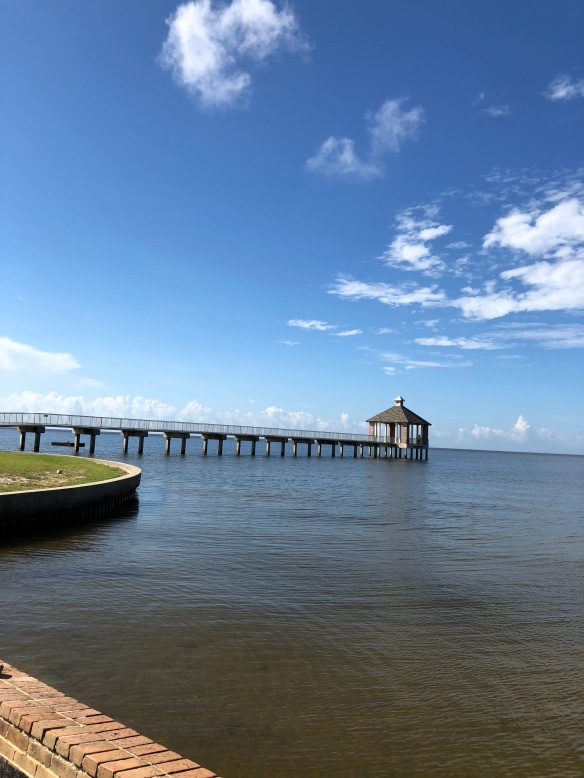 The a short drive to Slidell for lunch. We chose the LA Pines which was a small diner, but according to the advertising outside had been filmed on Diners, Drive-ins and Dives TV show.Their red beans and rice were fabulous. Went back to NO, did some shopping, had begnets at Cafe Du Monde and returned to the hacienda

Ate at a Triple D restaurant

That evening we went to the local pub, The Barley Oak and dined on Cajun sausage and cheese and fruit.

As someone said to us yesterday, this trip is all about eating across America.