We left Lake Havasu and headed south back to Quartzsite’s Plomosa Rd. where masses of RVers converge. and the area where OOBerfest  took place last year.  We left Mark and Heidi who opted to stay just outside Lake Havasu City at Cattail State Park and would meet up with us later.

Quartzsite is a huge gathering spot for RV’ers, thousands descend on this small town  in January when there’s a big rock show followed by the tent RV show.
This time last year was our first dry camping experience. We were parked amongst other dry camping newbies, so we all learned together. 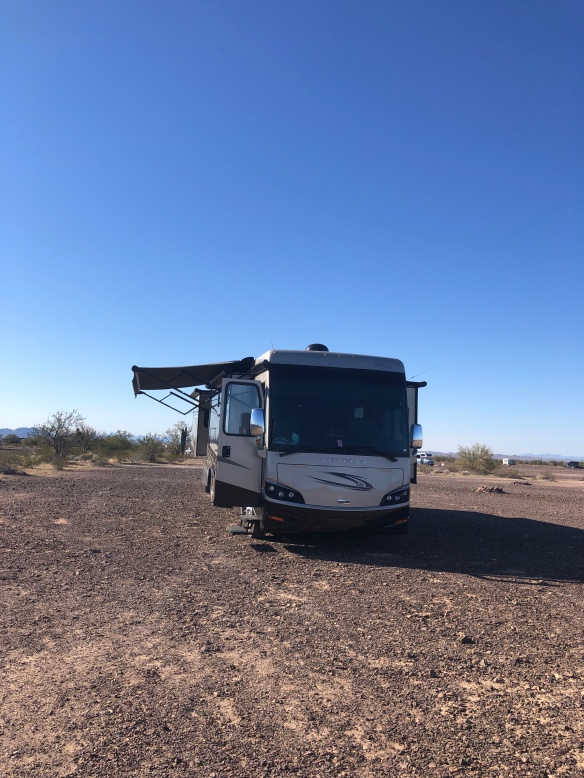 It was pretty quiet when we arrived a week ahead of the big RV tent event, and bumped into the Rock Festival who appeared to be camped more on the south side of town. 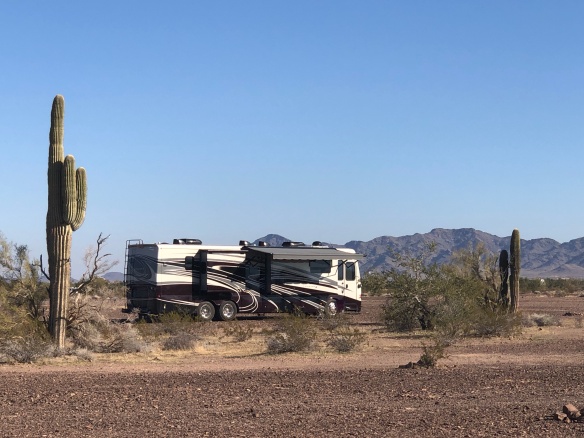 The first afternoon they discussed the planned upcoming  events for the week  One interesting group for us was information on traveling to Mexico in our RV, especially in regard to insurance 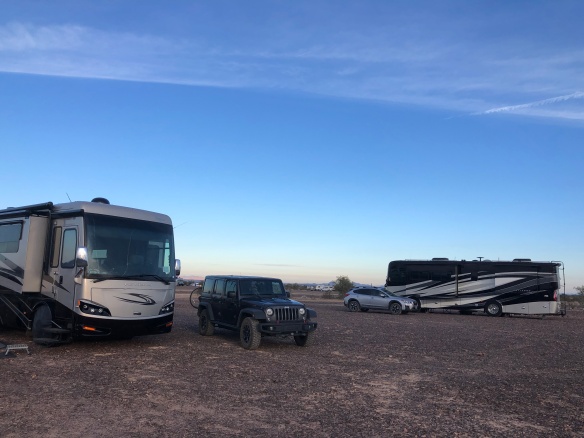 We had a couple of motorized paraglider’s taking off and landing not far from us every afternoon. 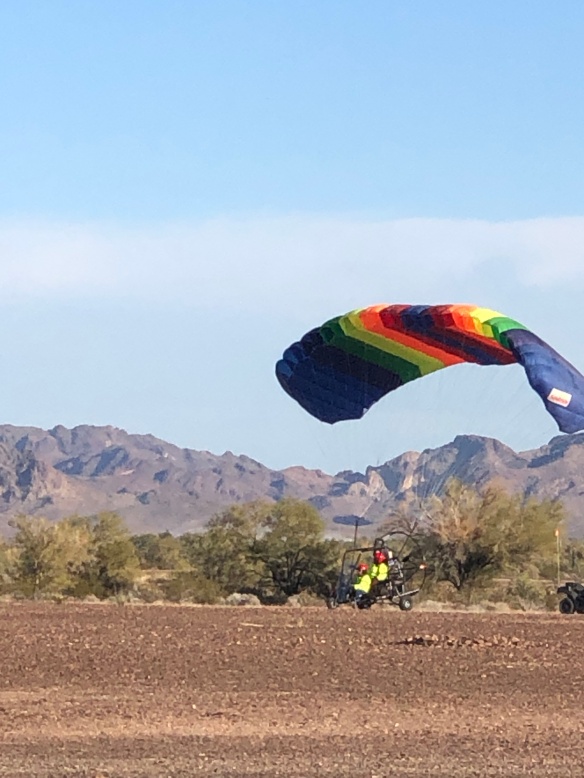 One night we were treated to a music event of vintage videos put on by a member who had invested a huge amount in the audio/video system. Can’t see much on this picture but the seating was 30 rows deep 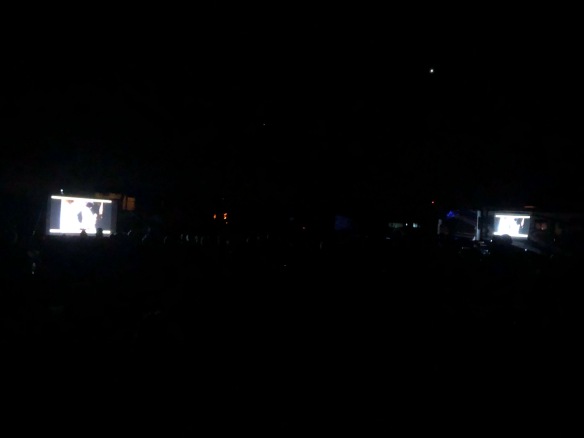 Disco night in the desert!

We went to the Quartzsite Sports, Vacation and RV Show to see what we could find. We were looking at Battle Born lithium batteries and they were there and selling them for 20% off at $849 (score!!!). Steve was also looking for a Lectric e-Bike and they were also there with a $30 discount and a springer seat post (score!!!). So it was an expensive first day  $6K.

Steve checking out the Lectric eBike

We were then joined by Peter and Janna on Saturday. Heidi showed off her latest quilt (so talented)  and Peter and Janna brought hamburgers for all which ended with a pleasant evening round the fire

Not far to go next, about 20 miles to meet our 4 wheelers trail riding group