We left West Yellowstone and headed to “The Big Sky Country” of Montana.  We were taking a huge unnecessary risk leaving our lovely campsite in Yellowstone on the Saturday of Memorial Day weekend, but off we went.

We landed at Homestake Pass a boondocking area just outside the city of Butte. To say it was crowded was an understatement, but when you’ve nowhere else in mind, you just squeeze in somewhere. 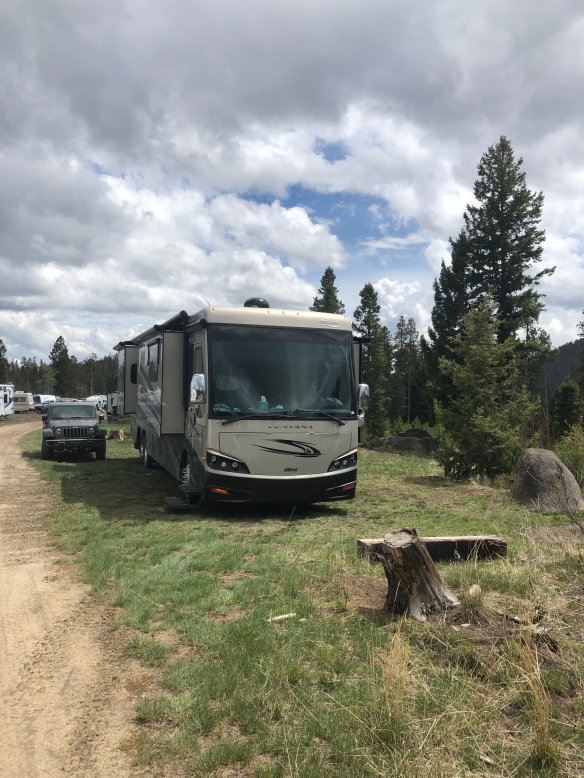 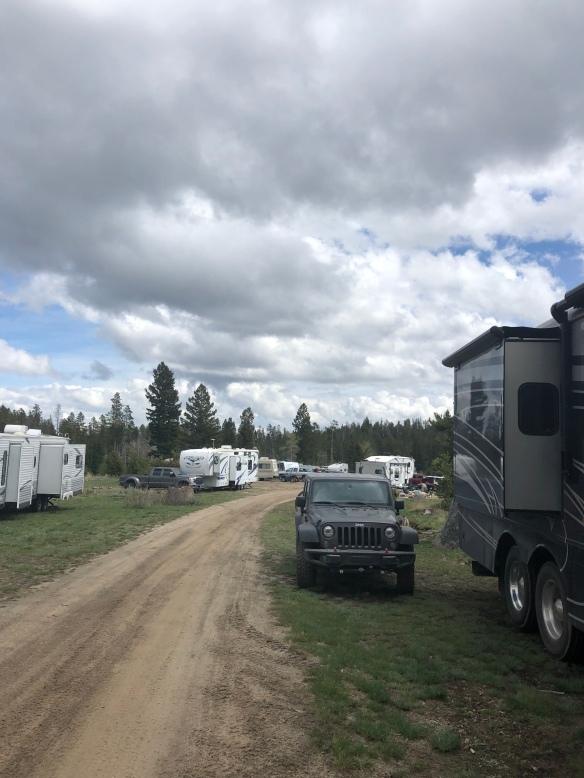 Butte turned out to be a very interesting town with a rich history and is trying to make a comeback from it’s glory years. We noticed several people restoring some of the old buildings. 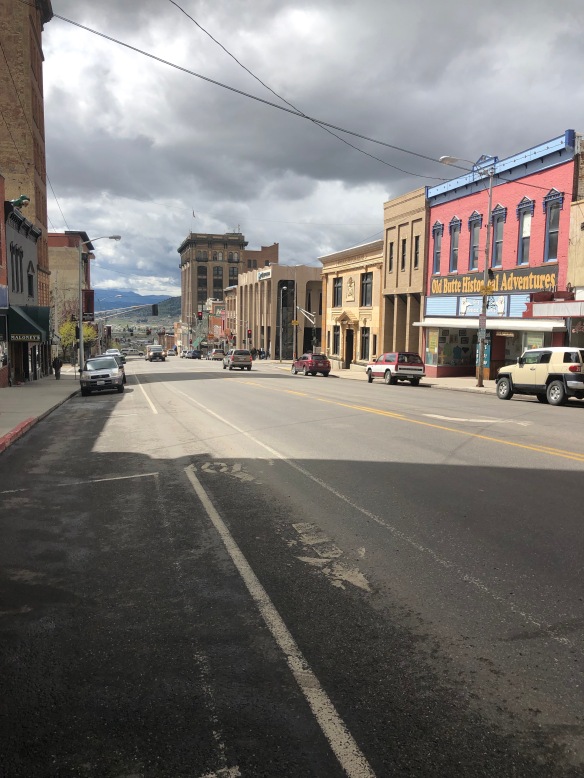 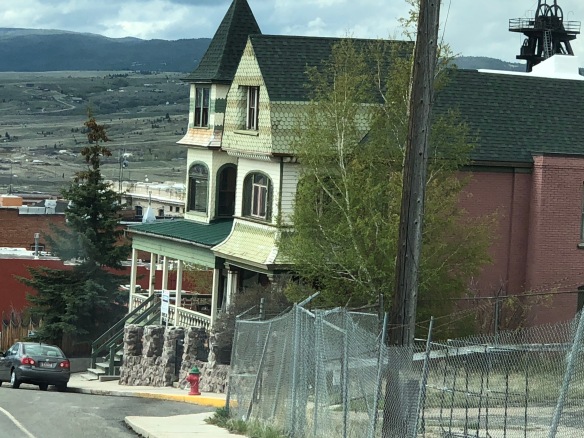 When you reach the summit of any of these streets you see a mass of old mines. In the turn of the century, this was a booming town of incredible wealth from copper mining. Mansions were built and the town became known as the “Richest Hill on Earth.” 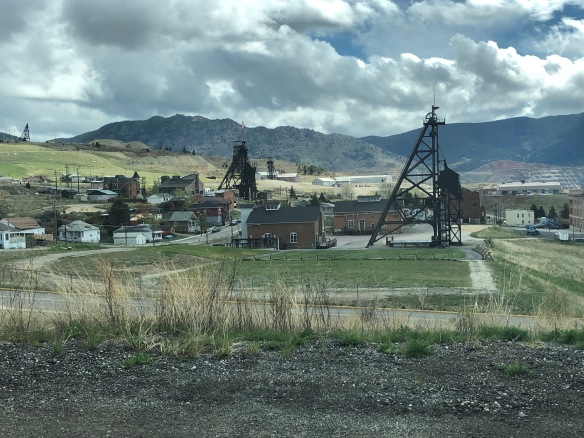 Along with the wealth came debauchery and one street in particular,  Mercury St. was inhabited by prostitutes and brothels. Several of the infamous ones are still standing, and one, originally owned by the Dumas brothers had been purchased by a man from NC who was working on bringing it back to its former glory, without the ladies we assumed. It was still in operation until the 1980’s, when due to the collapse of the copper market the town finally saw it’s downfall. 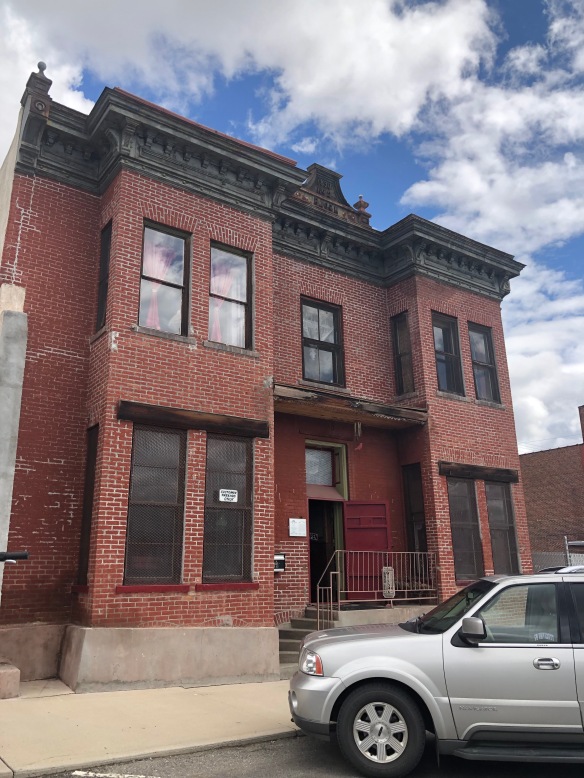 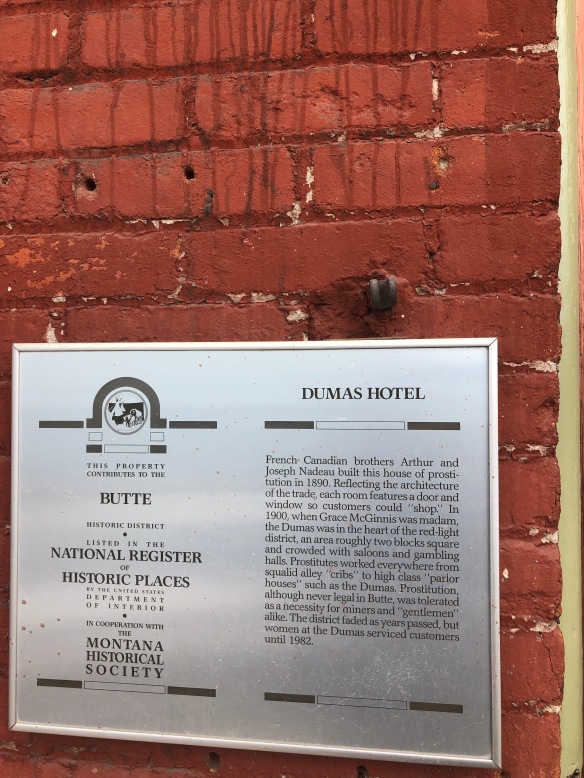 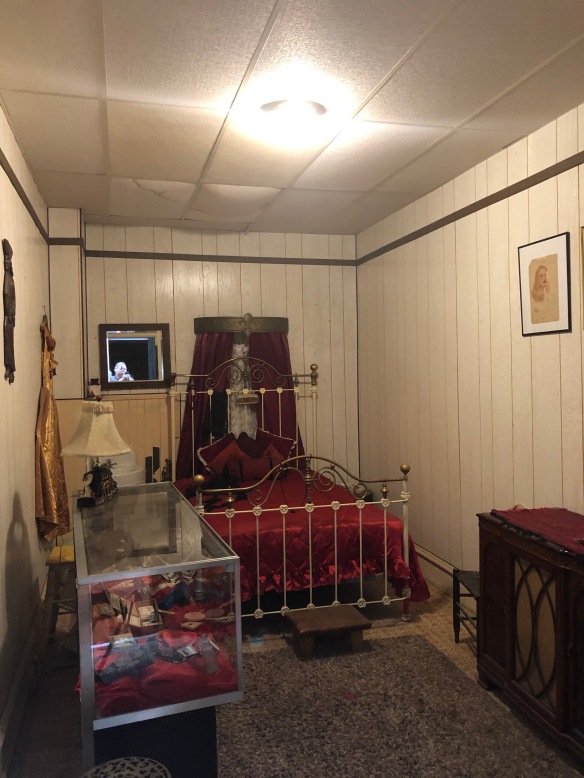 There must have been 5 different copper mines in this area, which gives Butte it’s title  – The Richest Hill on Earth. 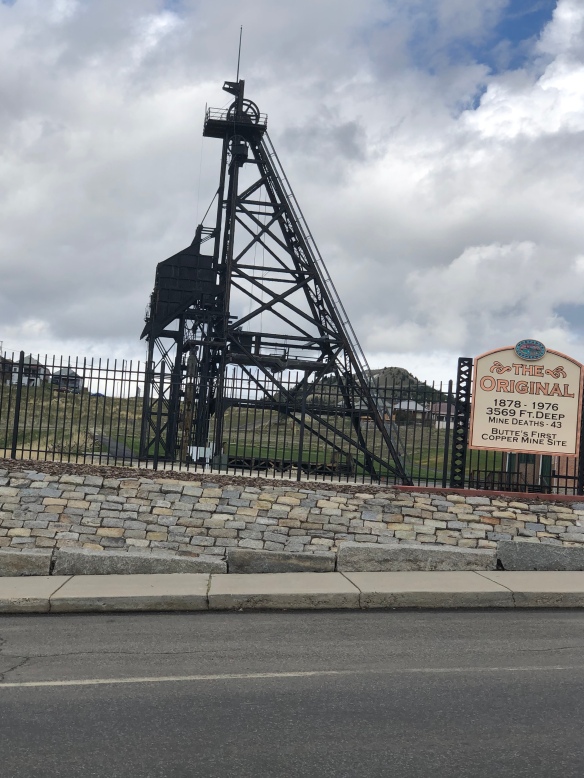 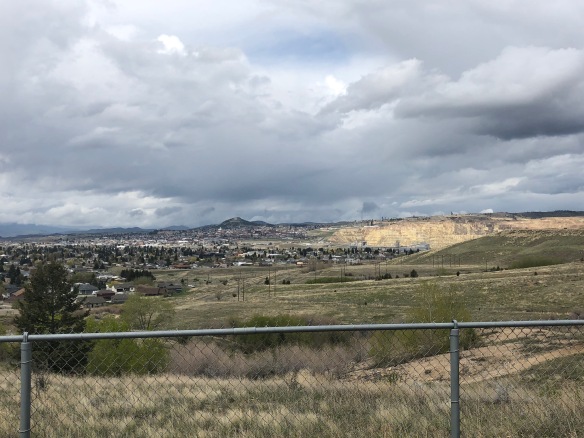 Another attraction in Butte is Our Lady of The Rockies. A statue high in the mountains, but this is the closest we were able to get to it. It’s 90′ high and the likeness to the Virgin Mary 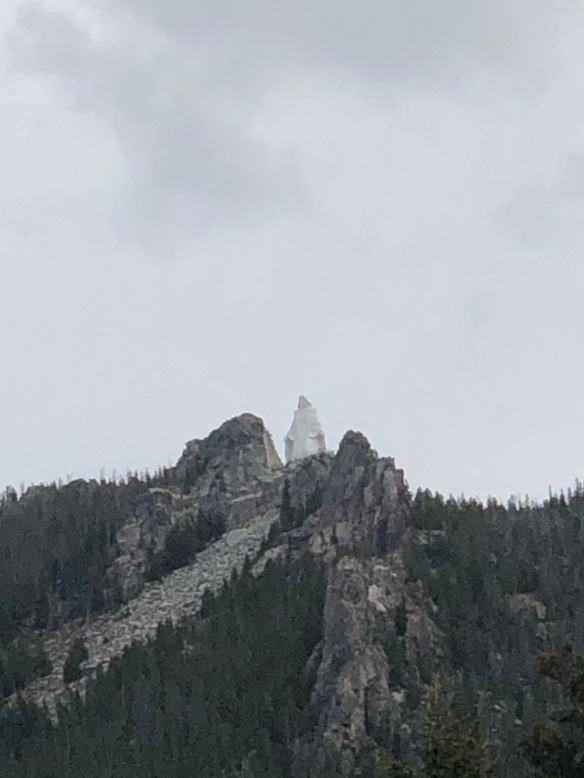 We spent 2 nights with our neighbors and their noisy kids, and were quite glad to move on.  Lesson learned, make sure you have a reservation over a holiday weekend.