Next stop on our National Park tour was Yellowstone, a two hour drive north. The Tetons and Yellowstone are connected by the Bridger-Teton National Forest and if we were crows  we would have halved the trip

We stayed at Baker’s Hole Campground in the Gallatin National forest in West Yellowstone. We found this campground after following bloggers  wheelin it , who’d stayed in the campground many years ago. This was a first come, first served campground and we were lucky enough to find a site available, a great pull-through with plenty of room

We did notice the signs when we pulled in though, ” Be Bear Aware” and all the instructions that go with it. The host came to welcome us and we asked about bear sightings, he told us they hadn’t been any for a couple of years, so we relaxed, bear spray at the door.

Two hours later, knock on the door, host claiming bear had been sighted at site 13, we were at 52, how far away are we???? We actually forgot to ask that question?

Chris couldn’t leave the window for hours, wanting to see one, but in the safety of our sturdy coach 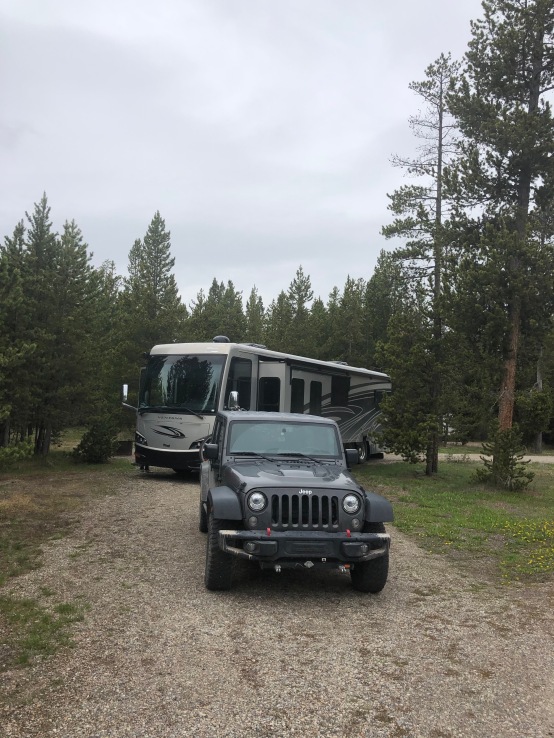 We were only 5 miles from the park, but first order of business was to find a dentist for Steve to replace a crown. He was lucky to have chosen a dentist with all the latest in high-tech gear which was lucky, as the crown had to be re-done and they were able to make the new crown while he waited. 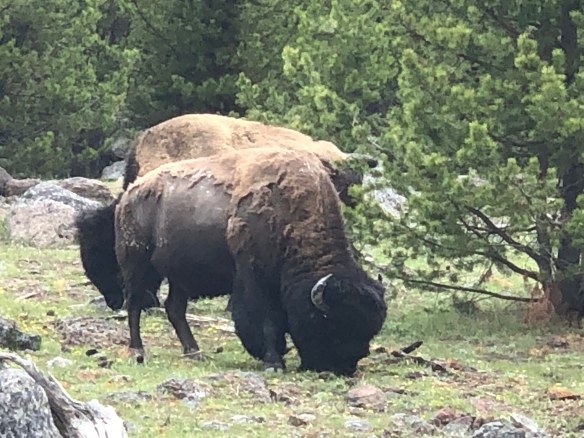 Yellowstone have around 5,000 bison roaming the park in different herds and 150 geysers as well as Old Faithful. When we arrived at the Old Faithful site, it was it’s own village, parking for hundreds, hotel, other buildings, no wonder the park ranger tried to steer us clear 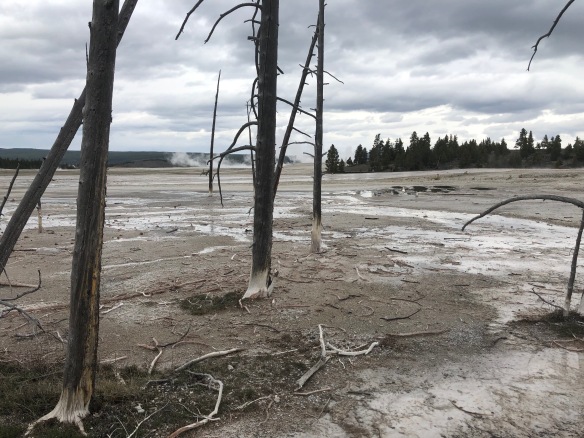 So we never saw the bear, in our campground or in the park. But we’ve seen Bison, Moose, Long Horned Sheep and many deer so far. Who knows what’s next.