We are soo close Chris can taste it, it’s a “bucket list” item.

We weren’t sure where to stay in the Grand Teton area, there were so many choices, as long as we could park on at least gravel, because of all the rain and snow, we were happy

So we plumped on the Riverside Park, Irwin, location, which turned out to be a good a choice as any, and again only $10 per night

Our site was by the Snake River and the lower side of a dam.

Once again an empty campground. Our mission is get ahead of the crowds and wer’e certainly accomplishing that. One problem though is the weather, it’s warmer in Alaska than it is here. It doesn’t help that we rarely go below 5,000′ in elevation, from one mountain range to another

This area is located in the Swan Valley and Palisades area and the three towns which Irwin was one all hug the Snake river for miles. The river was raging on the north side of the Palisades dam and a popular spot for fly fishing. (Note: We have to learn to fish)

Top of the Dam

Snake River on the other side of the dam

The river looks calm from this side.

But driving south into Alpine Wyoming the snow was melting and rivers were raging here too. 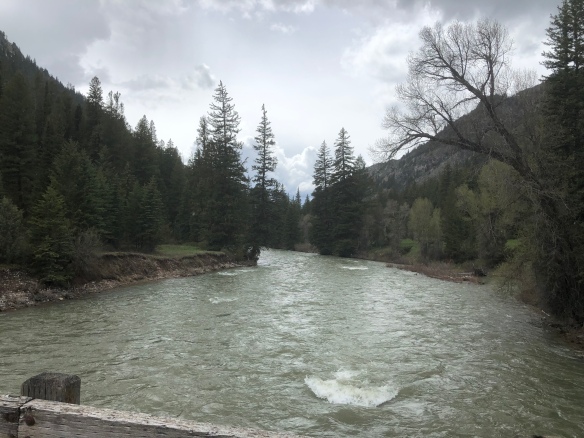 We found an off-roading trail, courtesy of the visitors center, but Chris as a formidable map reader was standing on her head trying to figure it out. Off we went anyway, unfortunately we were at 7,000′ so ran into snow and had to turn back.

The weather turns warm for a while then it snows once again, hence the raging rivers

It was such a pretty area

The host of our campsite was insistent that we view the Tetons from the Idaho side, so we drove to Driggs ID 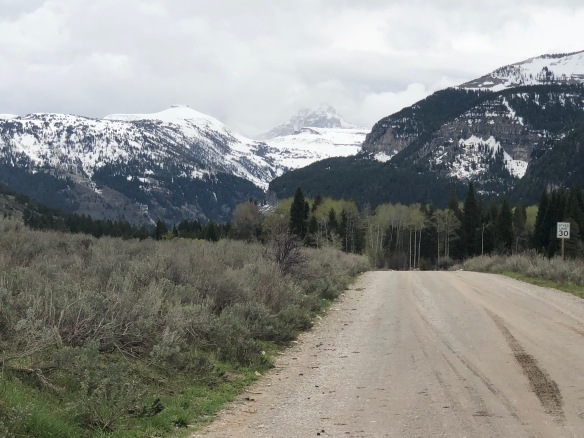 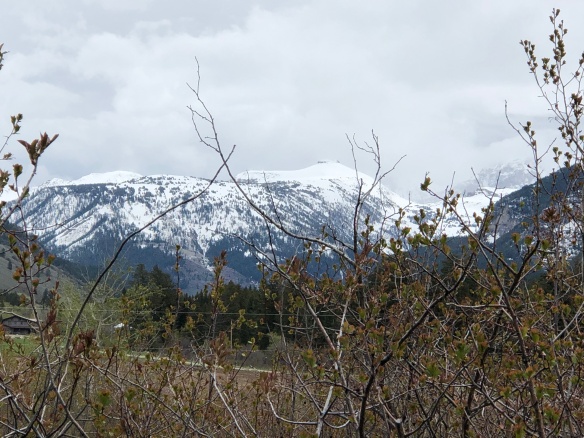 Next day we drove to Jackson Hole and hit snow again

It wasn’t just snowing, but it was piled high, our pledge of staying warm has really been blown

The scenery was awesome, but what state are we in, we keep going from Wyoming to Idaho 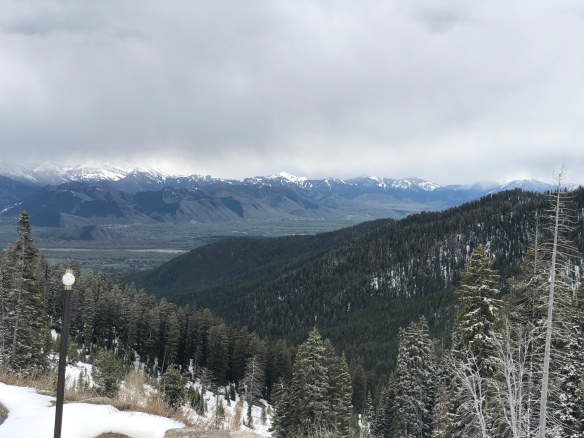 Jackson Hole was a town that has been gentrified in a big way apparently. It used to be a big cowboy town, but no longer. We met a few people along our journey that had either grown up there or lived there 20 years ago and couldn’t bare what it had become 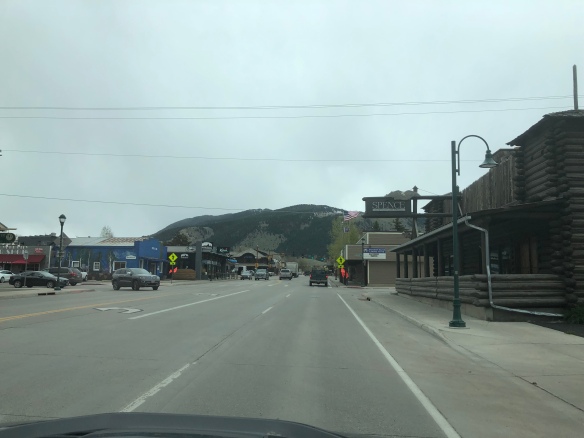 But, we had a nice meal there at the Local, and could only wish we’d been there in it’s past era 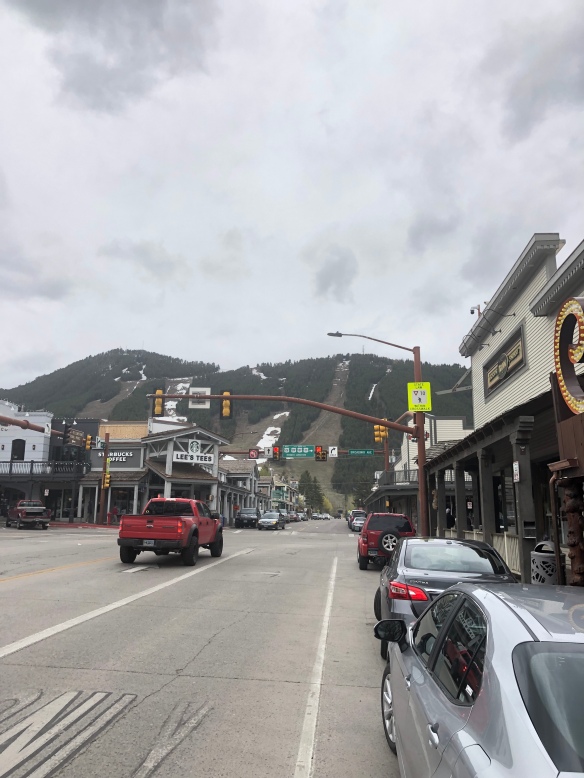 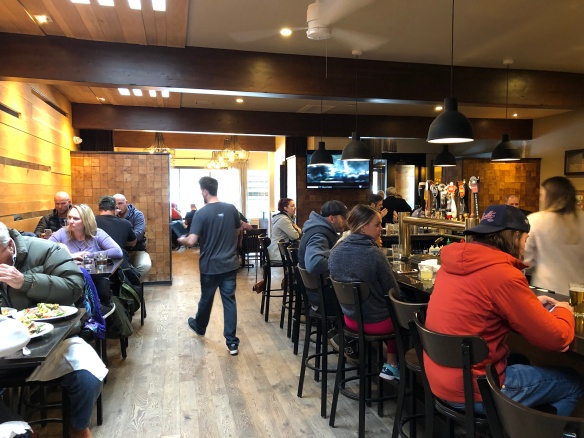 The visitor center had a nice display of sculptures

After 3 days in the area we were ready to move onward and upward, next stop Yellowstone