Well we finally made it to Moab, with 4 campgrounds on our list to choose from which fit the bill for size of rig allowed and price, $0-$20 per night.

Unfortunately it was raining when we arrived so that eliminated pick 1 which was too muddy, picks 2 & 3 were full, so we took off to pick 4 south of Moab, Ken’s Lake. It was permanently closed but a detour took us to the old airport runway, so we camped there for the night with a couple of other RV’s and hoped that pilots had been alerted to our presence.

Moab’s a nice little town, very active with events happening every week, there was a Jeep Safari the week before with hundreds of Jeeps participating, we hope to attend next year when we know our Jeep a little better

Full of cafe’s, coffee shops and outdoor sporting goods stores. Moab is a mecca for outdoor enthusiasts, mountain biking the most popular 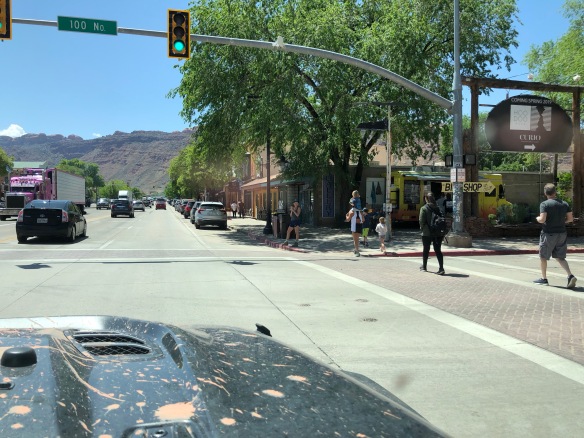 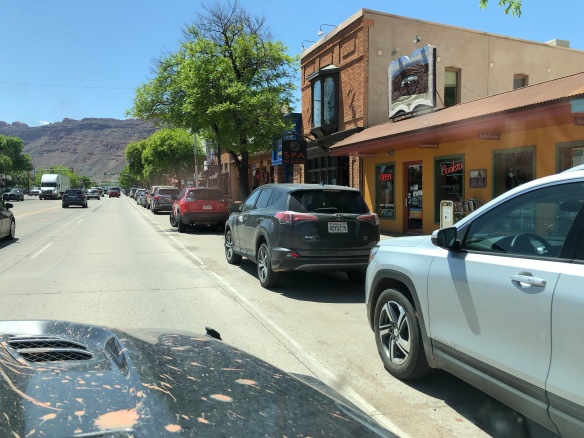 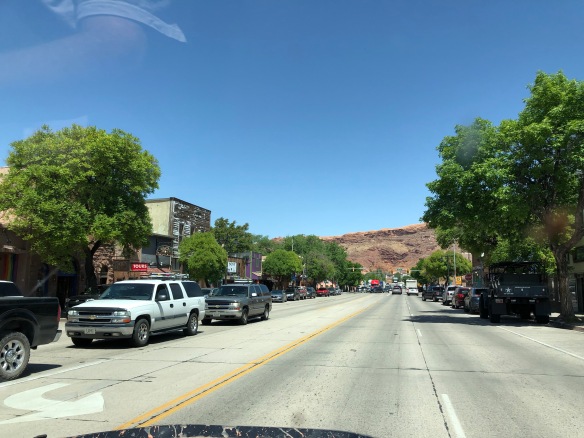 We finally found a campground that fit our needs, Horsethief Campground, which was just north of town on top of a mesa and close to Canyonlands State Park and only $10 per night 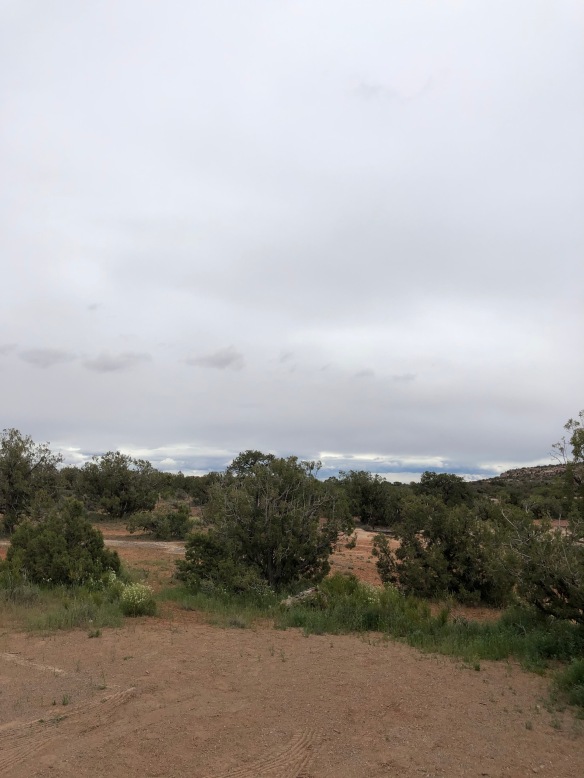 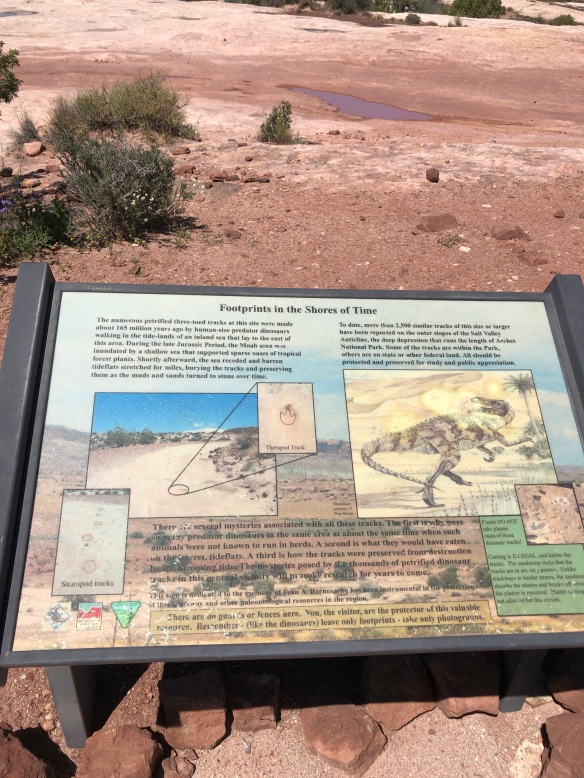 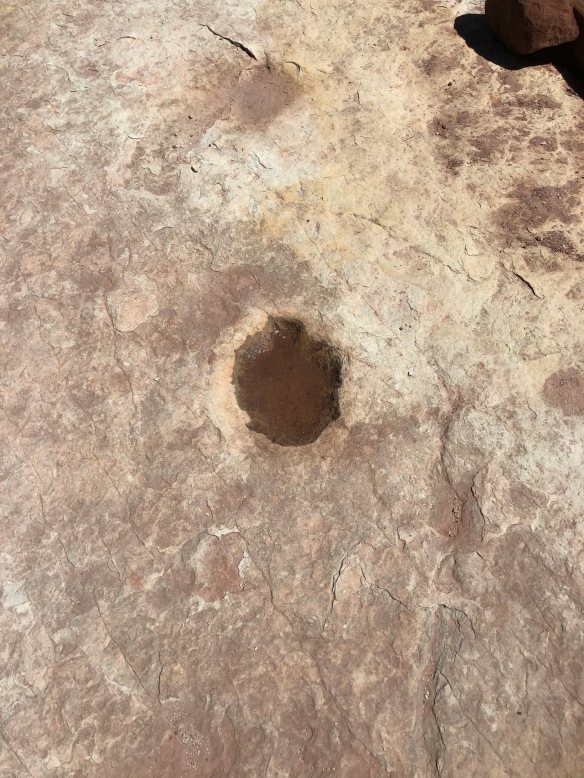 Next day we went just down the road to Mineral Bottom Rd. which was considered “moderate” Very narrow trails with huge drops on either side. 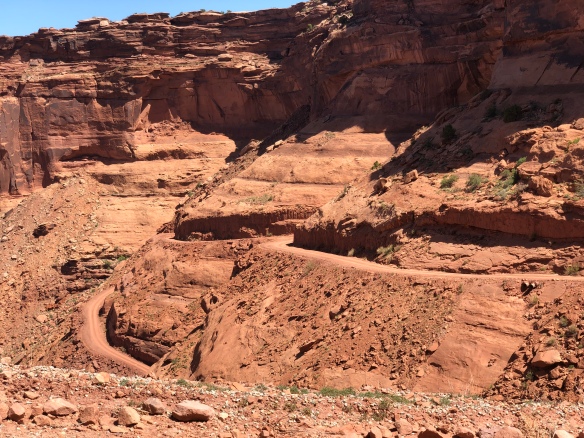 “Rubber Tramps” we were called by one of the park rangers, but in a nice way she added 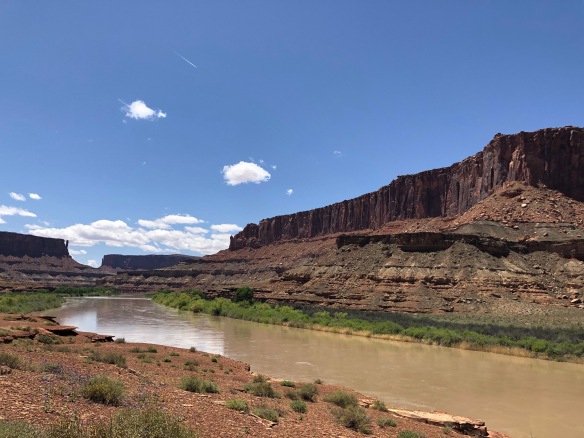 The trail lead to Canyonland National Park, second time we’ve entered a National Park by the side door, but so many sites we get to see with the Jeep

Moses and Zeus in Taylor Canyon

We drove into Arches National park which was beautiful 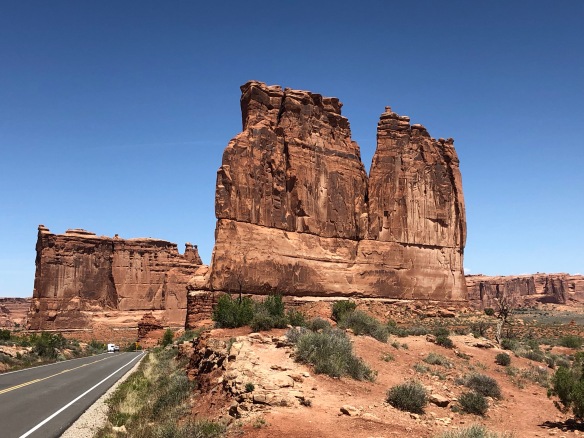 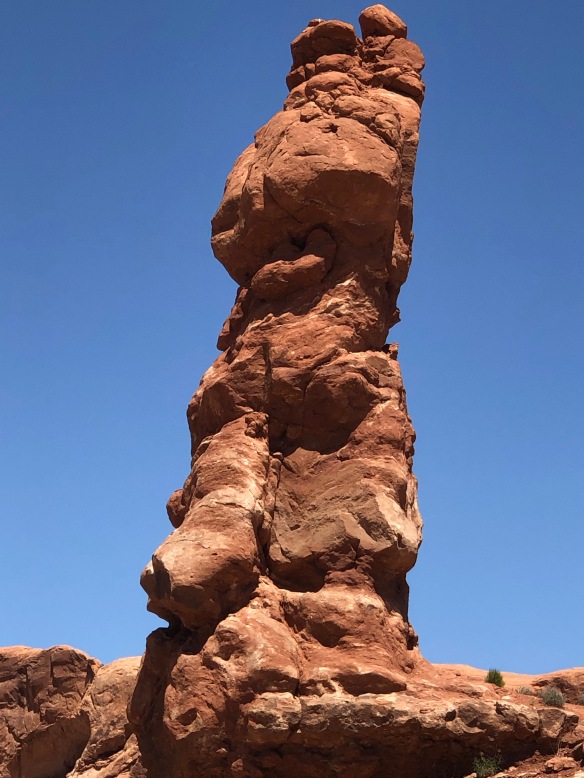 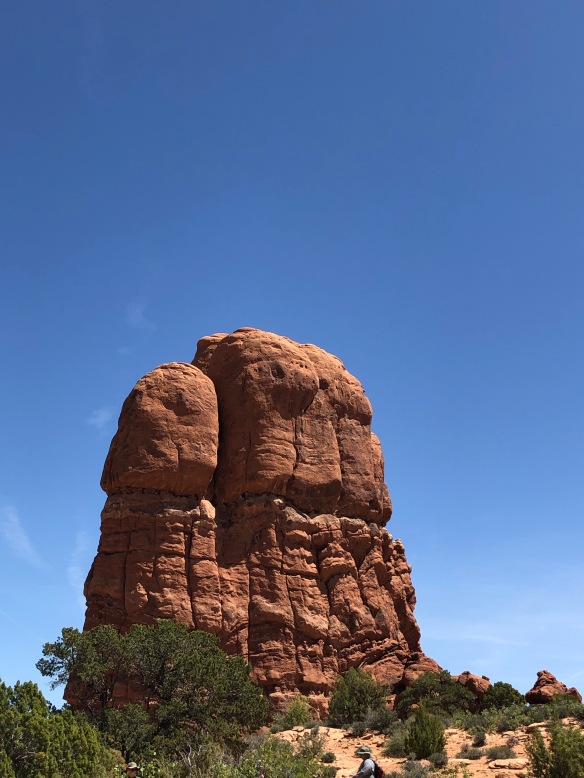 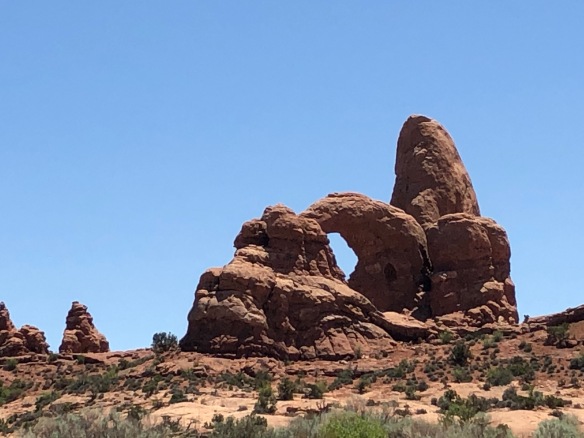 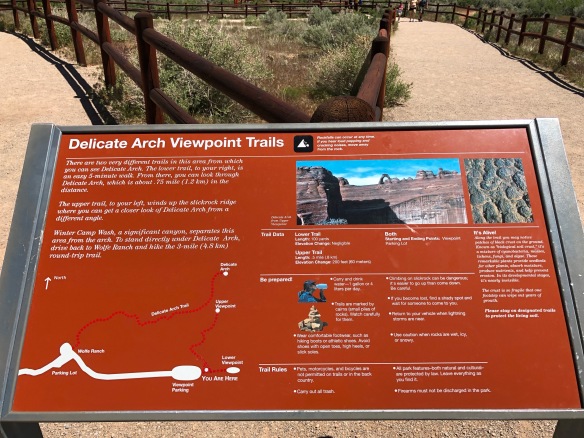 Guess what we have been up to

At this point, we left the regular scenic route around Aches and drove down a trail less traveled. We were on this trail for about an hour, had know idea where we were, no phone service  and suddenly the red fuel light went on

Let’s get the Jeep a little more dirty.

We went for our last off-roading trip here in Moab to Potash/Shafer Trail which ends in the Canyonland National Park. As we were heading down to Potash, there were a bunch of climbers scaling the shear rock walls along the way. It was amaking to waych them climb right next to the main road 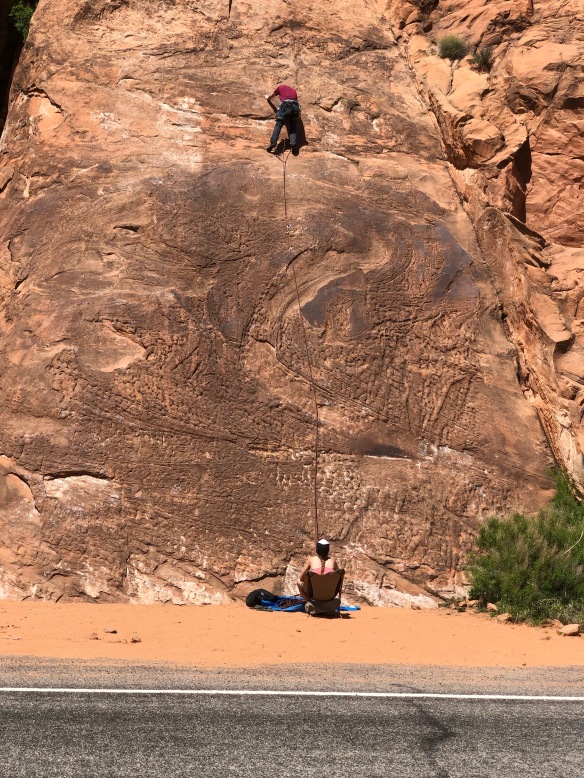 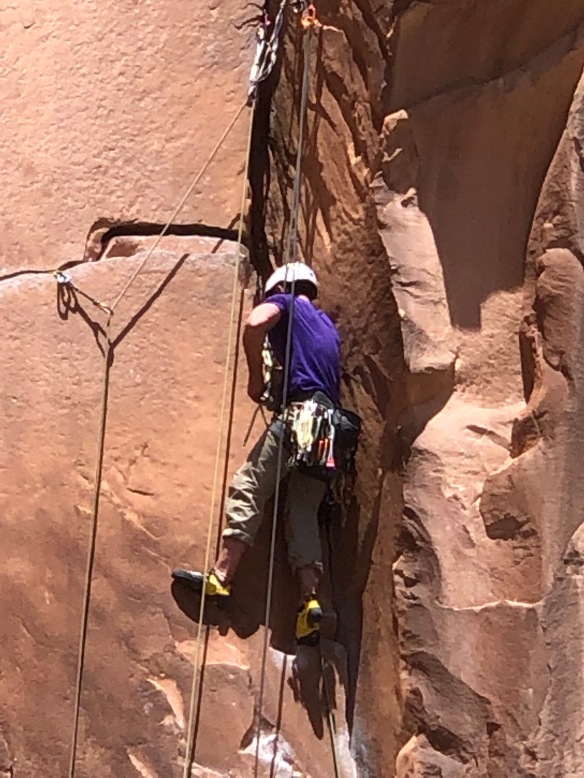 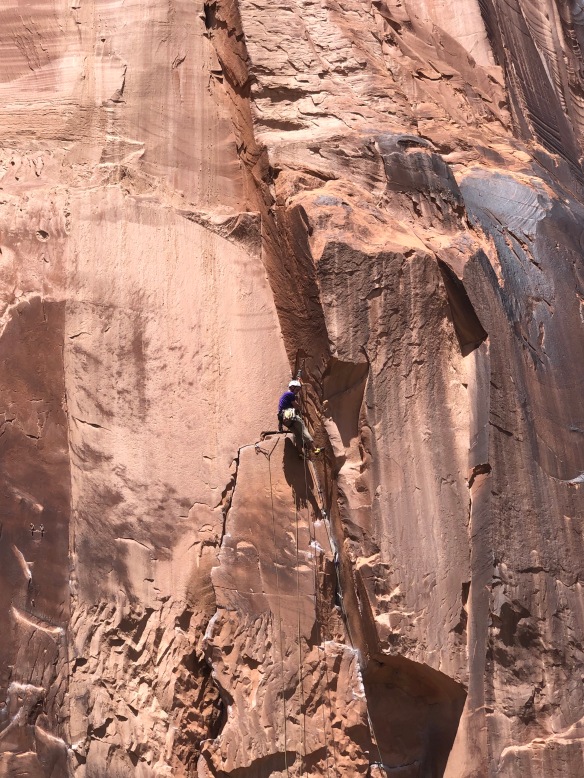 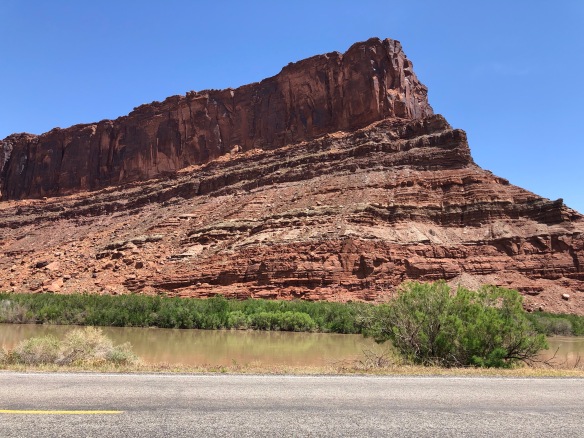 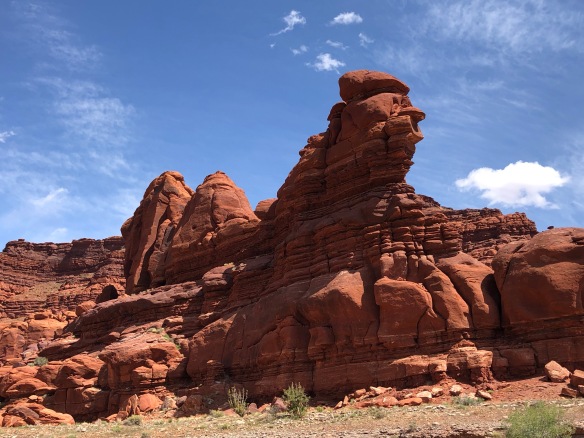 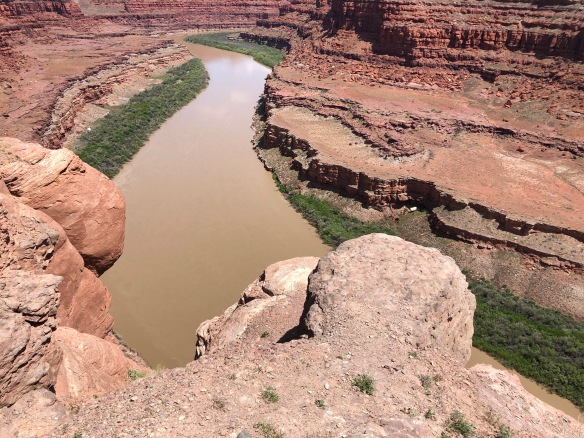 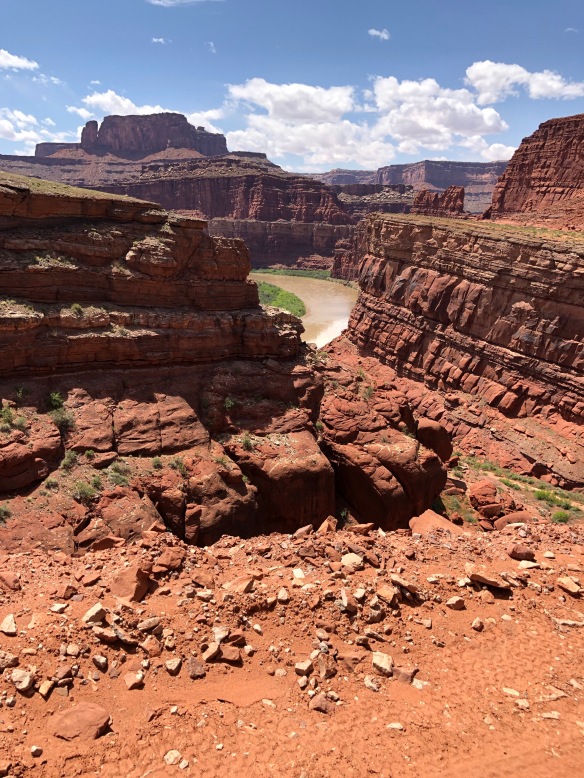 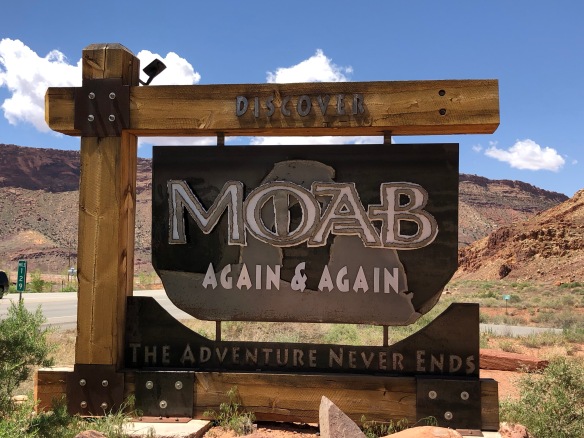 We really enjoyed our time in Moab, the weather was great and there were few people around