A seven hour drive that was broken up with a 2 night stop at Stephen Foster Cultural Center in White Springs, Florida.

The tiny town of White Springs has a restaurant where the town gathers and the remains of the sulfur hot springs which made this a very popular health resort in the ’30’s, even visited by President Roosevelt. it appears the town has fallen on hard times and all the action is 15 miles away in Lake City 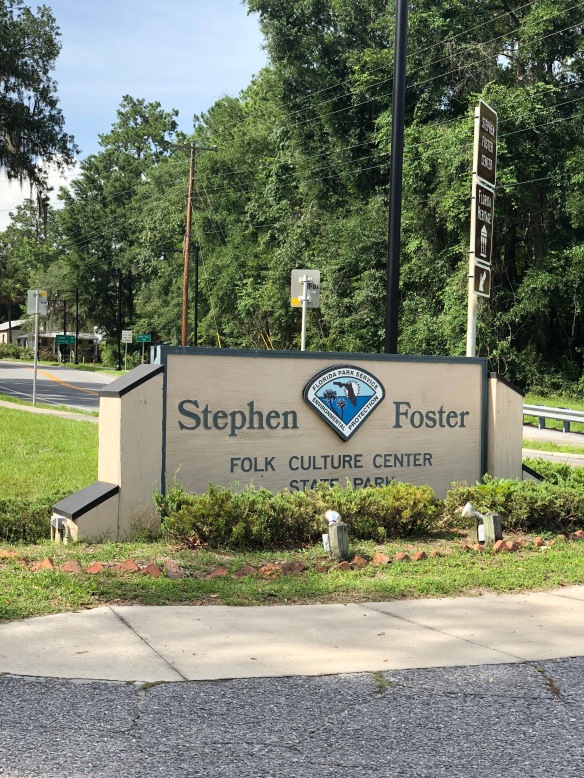 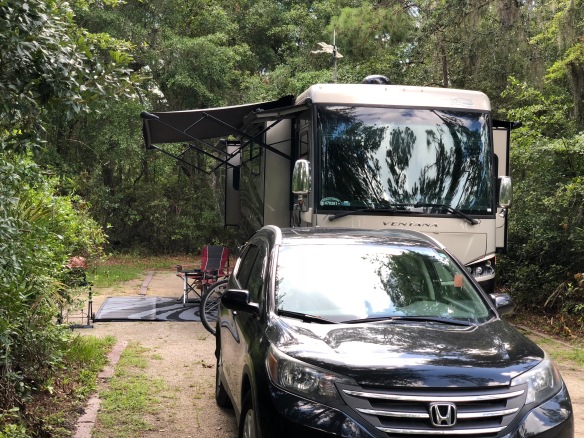 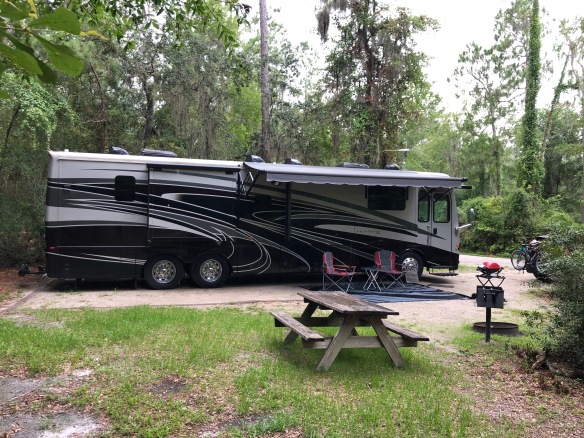 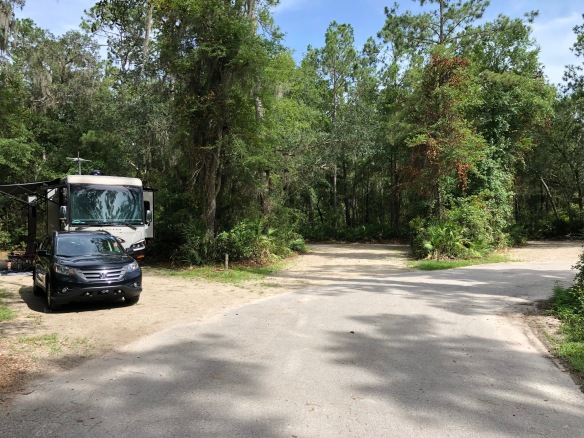 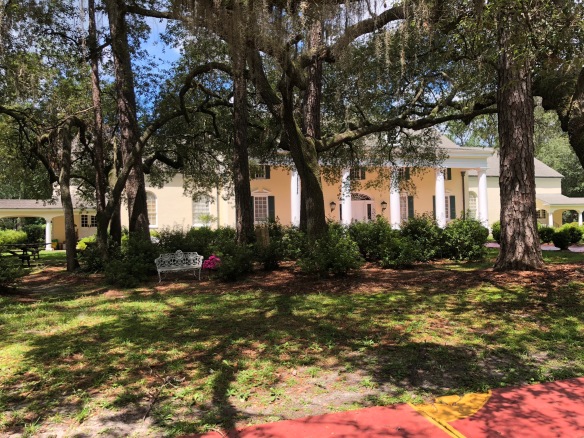 There’s a large folk festival that takes place yearly, and events that take place during the winter months. 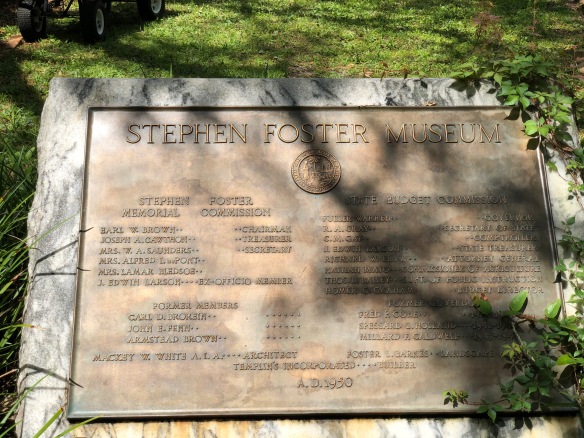 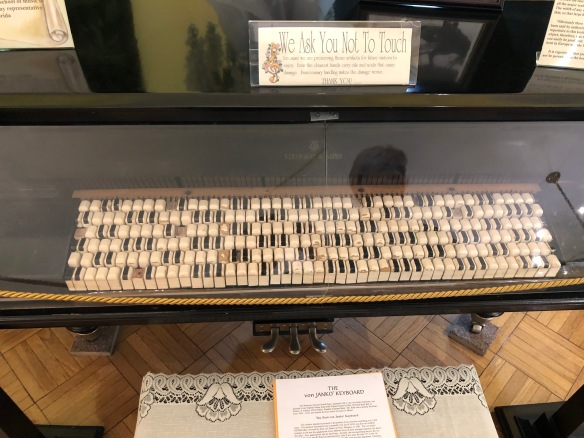 There were several pianos on display from 19th and 20th century, but this is the oddest keyboard we’d ever seen 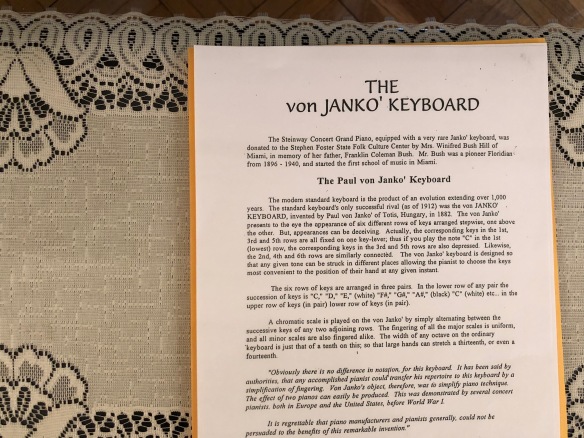 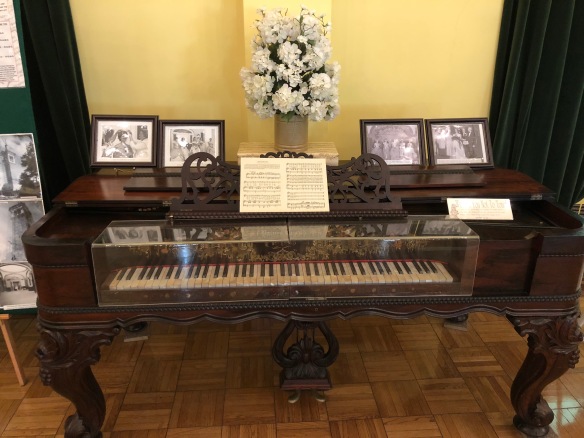 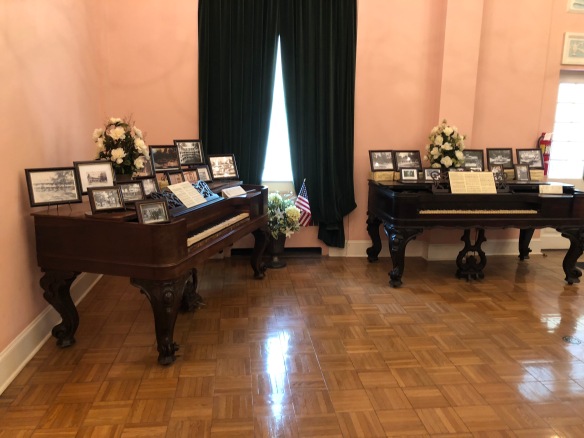 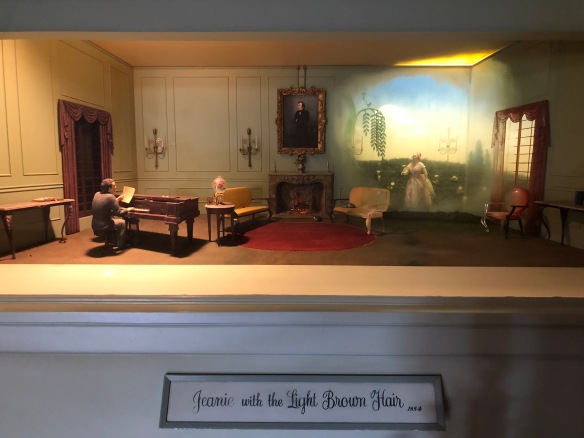 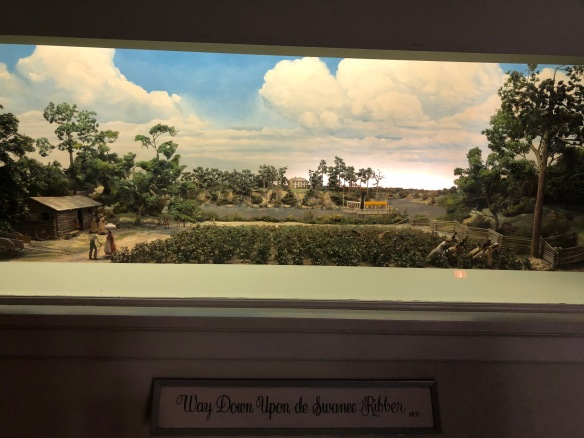 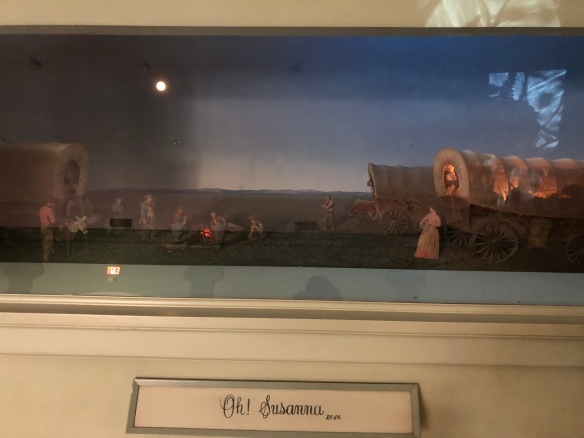 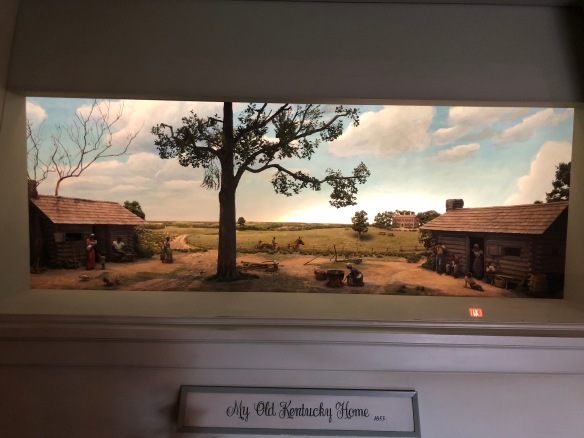 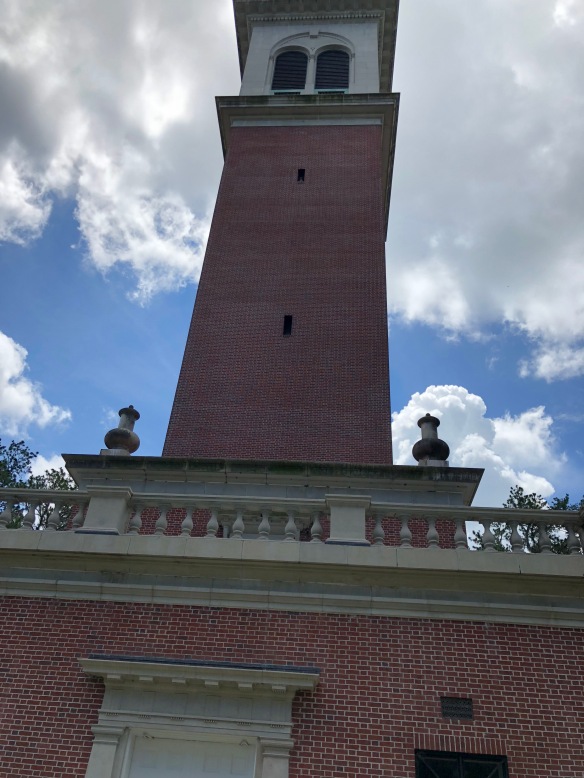 The bell tower There is a 97-bell carillon system installed in the tower making it the world’s largest tubular bell instrument. 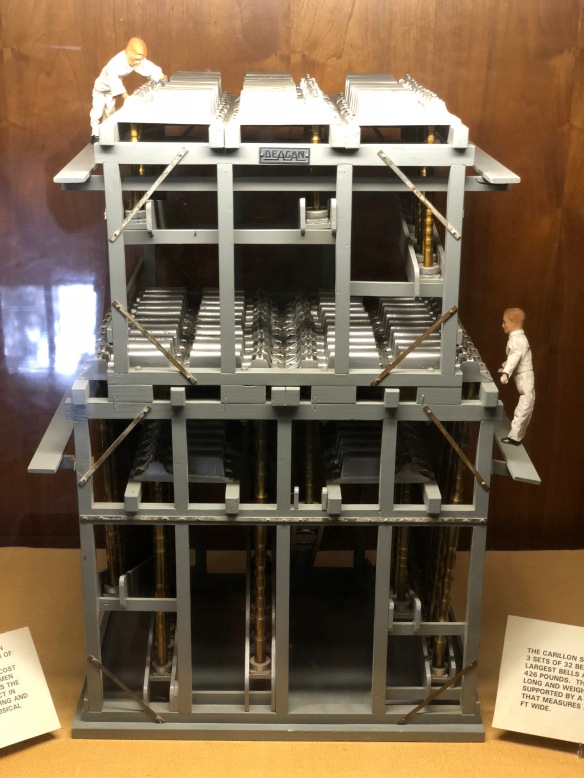 Replica of the bell hanging structure in the tower 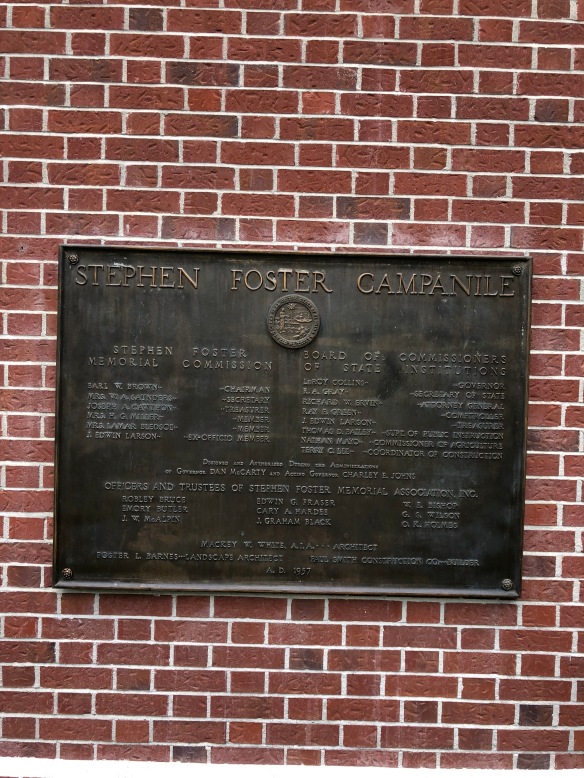 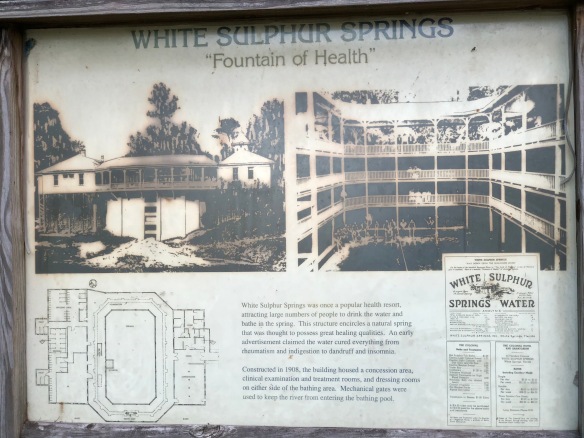 There was a 4 story hotel built around this time, but long gone now 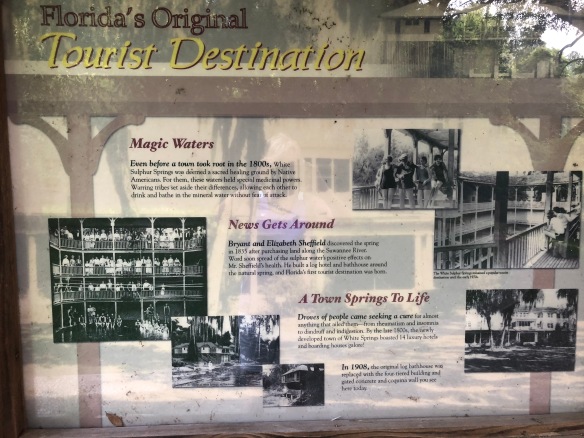 All that remains of the resort 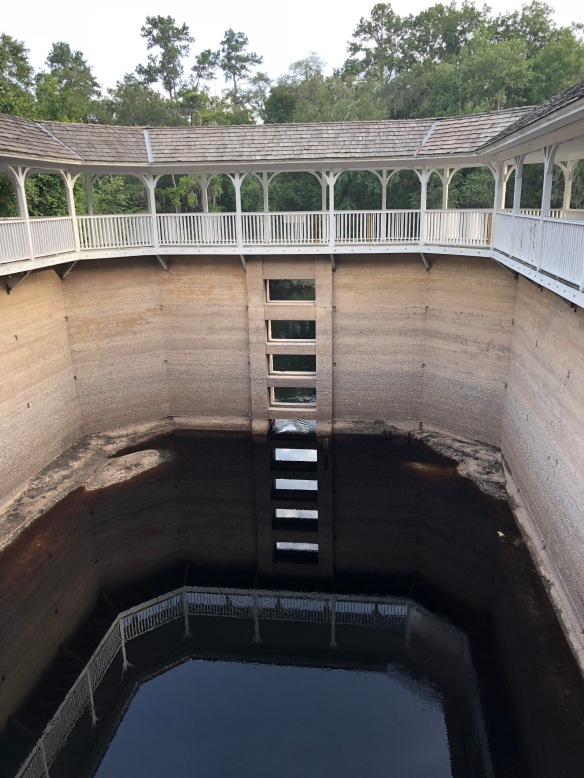 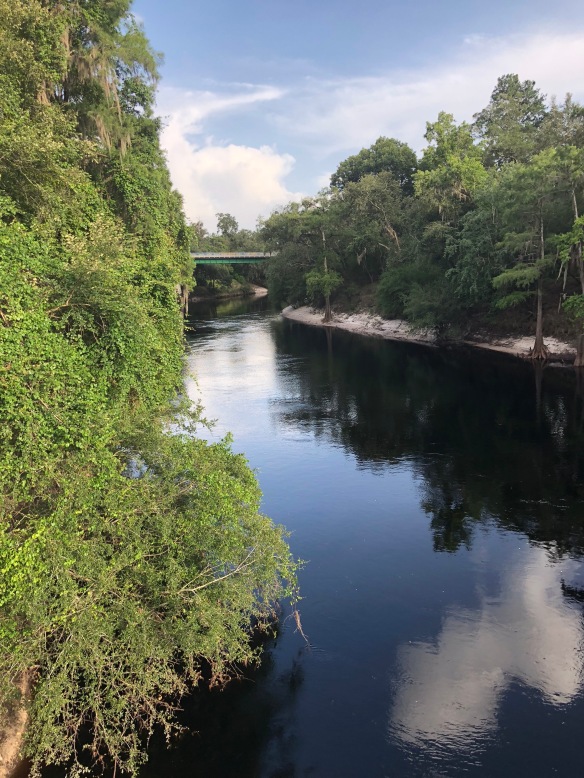 The Swanee River that runs through the town.