We drove a little over 2 hours to Cherry Hill RV Park in College Park Maryland. Nice park and short mass transit into D.C.

The daily rate was a bit over budget at $65 per day, but it’s one of only 2 parks close to DC, the other being KOA, which was more expensive. We had only planned on being there for a few days, so we bit the bullet.

It did have all the bells and whistles. A snack bar that served from 8am-9pm, 2 lovely pools, a cinema and upon arrival, you are invited to an orientation, which we went to  with many others.  We ere given a bus schedule, the bus came to the park and took you to the metro. we were offered Smart Cards for purchase to travel, and explicit directions on how to use, as well as options of tours around the city.

Pretty nice spot here. Not a lot of space between sites and great cell service

Our neighbor as it happened worked for AT&T also.

We decided to take the US Tours tour of DC and left early Sunday morning with several of our park neighbors to embark on our adventures.

It appears our neighbors were still trying to navigate the station when we got the train.

Took the Metro to the United States Navy Memorial, our first and only stop 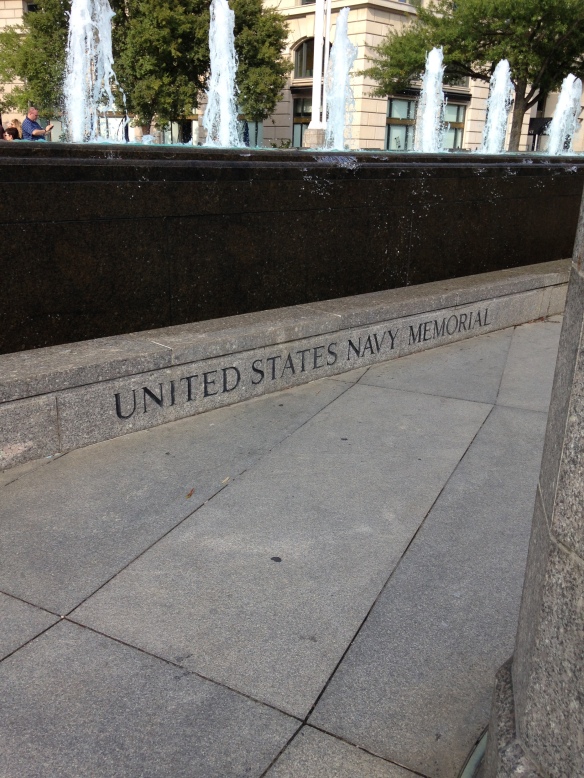 The white House. Look at the left roof top by the chimney, there is a armed sharp shooter.

South Lawn and Rose Garden. Marine One had just taken off 5 min before we got there.

We were amazed by the amount of streets cordoned off and massive police presence. 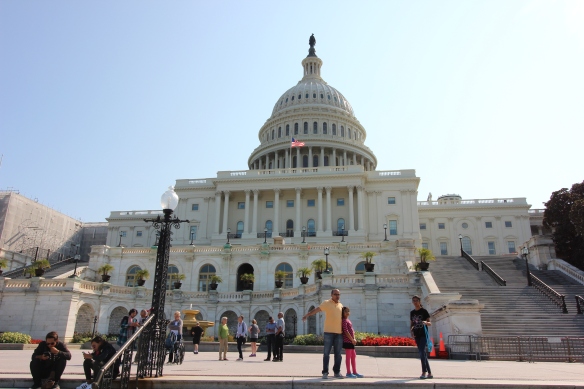 Washington Monument from the Capital 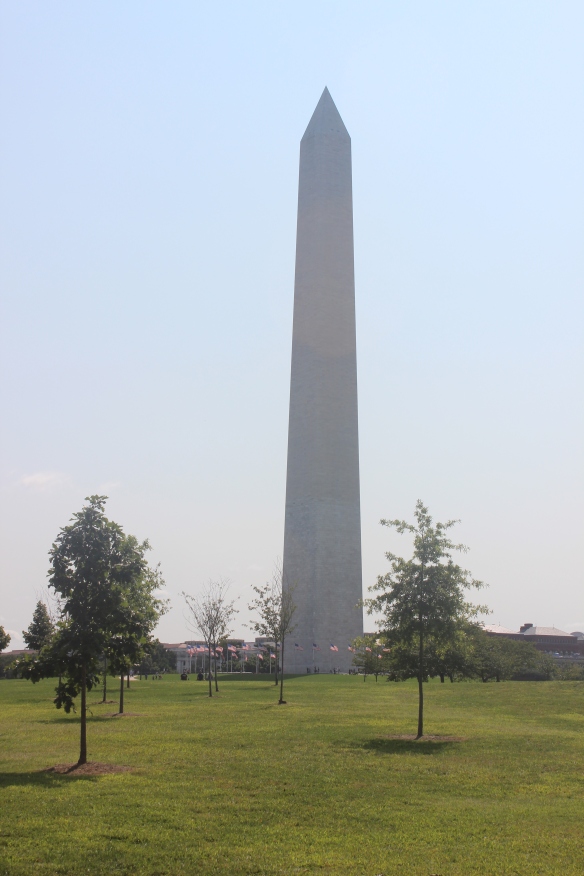 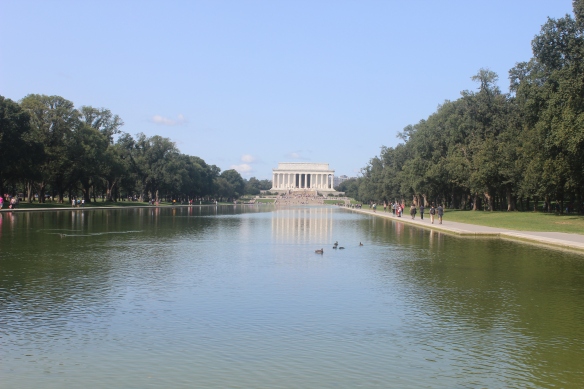 The Lincoln Memorial from the WWII Memorial 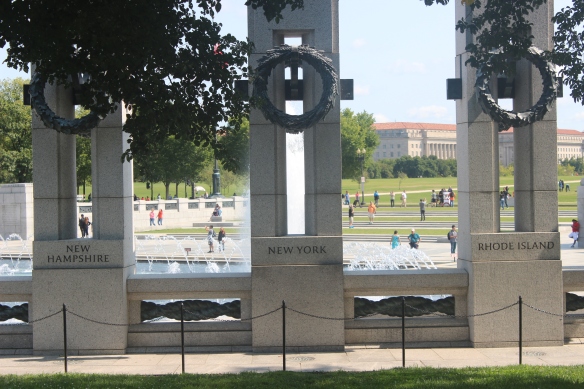 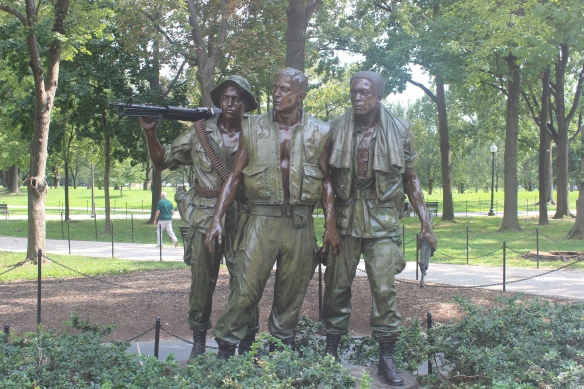 Lesson learned: if you take a guided bus tour make sure you take down the phone number of your tour guide. We got to our meeting point at this stop only to see our bus take off without us .

For the next 2 days, Chris toured the museums. 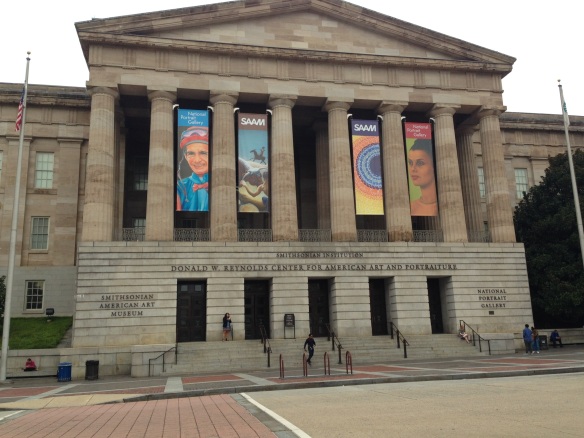 They had some great exhibits here, one was an exhibit of those in combat in Vietnam.

Another exhibit was of Marlene Dietrich, her life and times. Another was Sylvia Plath.

Next was a visit to the National Art Gallery. This was a huge building that occupied an entire city block, which the housed Old Masters.

Then it was off to the Gallery of Modern Art which included the following.

Below a visual art exhibit by David Hockney 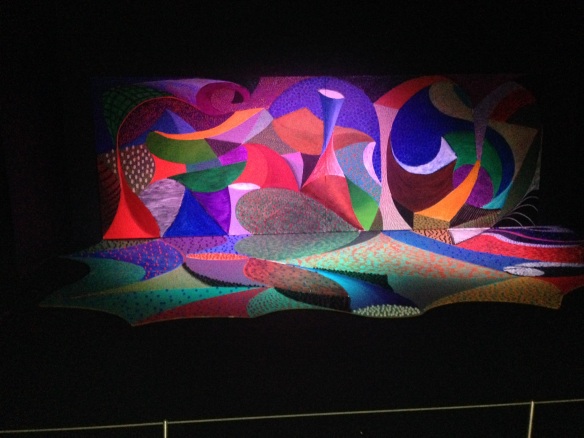 This was actually moving and changed color so slowly that you couldn’t see it. I took the same photo 2 minutes later, and all the colors had changed

This map of the States was audio as well, and each State was represented by something identifiable to that State. Alabama was MLK and the protests of the ’60’s, Kansas was clips of the Wizard of Oz, etc.. very loud and colorful.

When Chris walked into this room, she thought this lady was real at first, probably not the only one.

We were going to be staying here for only 4 days, but we were unsure about hurricane Irma and the unknown path it would take, we ended up staying in DC for a very enjoyable week. One afternoon we saw a plane circling over about 3 times and very quickly 3 fighter jets flew in to intercept it. It wasn’t mentioned on the local news that evening, so it must have been a regular occurrence.

We finally decided to start heading home as Irma had set her sights on the East coast, which was our planned route. Did not want to meet her…