We are chasing cooler temperatures but now we’ve got them we’d like to give them back.
We are also in search of lower elevation so opted to drive to the Oklahoma panhandle, or No- Mans Land, to a small town called Kenton. Luckily we picked up supplies on the way as the nearest town was at least 35 miles away.

The drive was pretty monotonous, miles  and miles of flat plains, just the occasional antelope close to the roadside, and what looked like newly planted fields probably wheat and corn.

We drove through several towns/villages along our 3 hour drive and didn’t see a soul and it was impossible to tell if they were “ghost” towns or if the residents were just following the “stay-at-home” orders, also there are very few cars or RV’s on the road, just trucks, We’re taking good advantage of the lower fuel prices, $1.59 for gas, $1.99 for diesel.

We had booked a site at the Black Mesa State Park, in Kenton, as the weekend was approaching and there wasn’t a big selection of campgrounds to pick from. We needn’t have worried, as there were 20 or so empty sites.

The Mesa was named for the layer of black lava rock that coats it, it’s also the site of the highest point in Oklahoma. 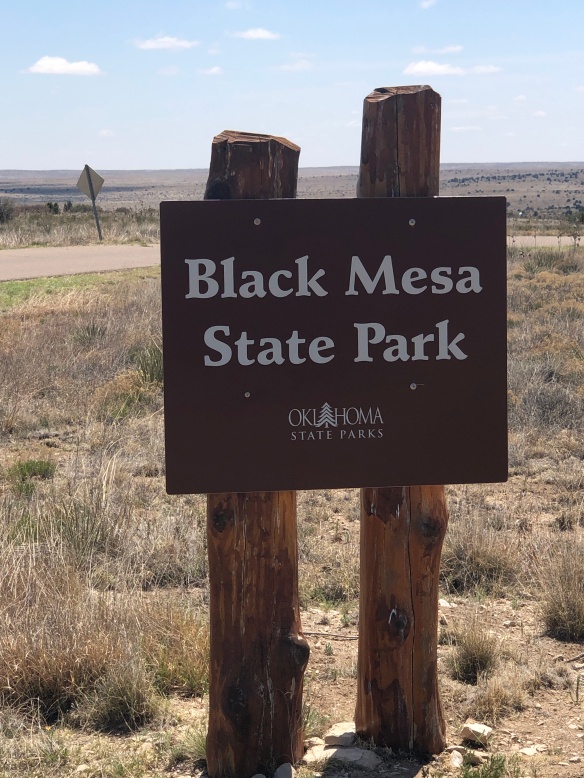 A number of campers arrived the following day but didn’t stay long. It’s a nice park with walking trails, a lake and a ton of deer 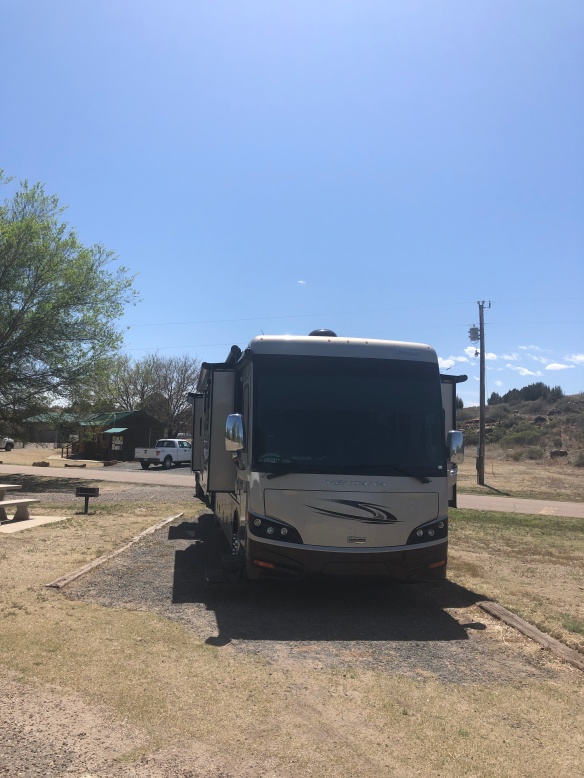 The only “mercantile” in the town of Kenton, pretty old building but I believe still open, just not today. 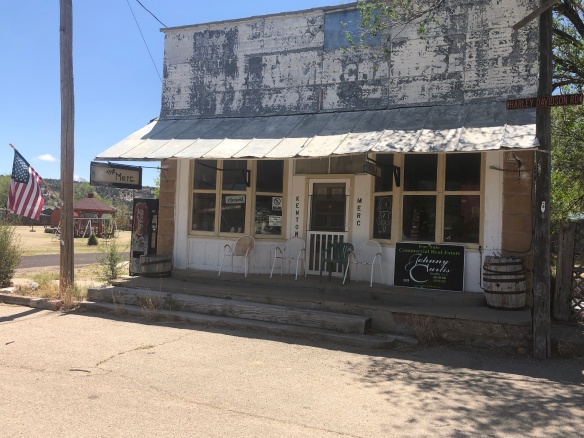 One of two churches in Kenton, with a population of 17.

So many free range cows and they take their time, no rush, when you’re ready! 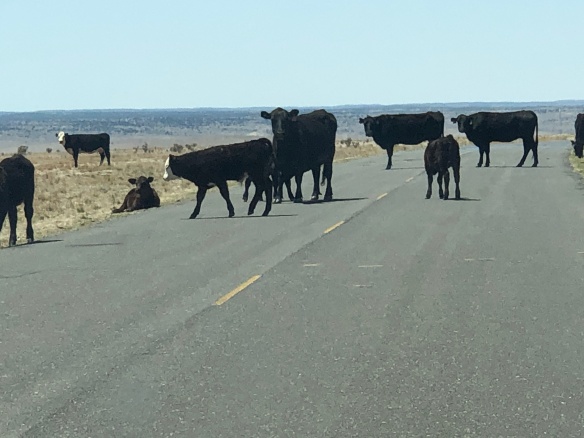 We must be in Kansas, the sign said so, but the landscape didn’t change much. Plan A was Frazier Park which we assumed was closed indicated by the barricades in front of the campsites, a sad sight as it looked like a really nice county park. So off to Plan B,  20 miles further on. 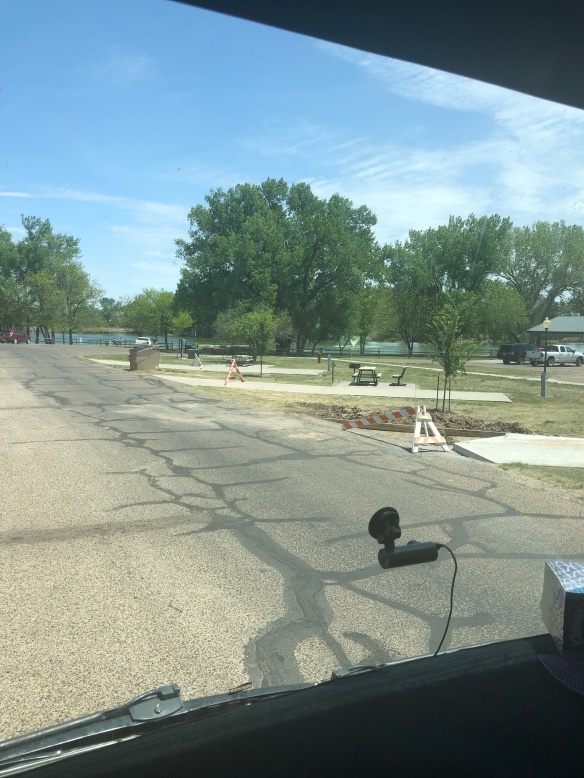 We use a website/app, Campendium, to find campgrounds, they are an excellent resource, and so far they’d been very good at providing information on “closed” parks, so now it’s time for us to keep the them updated.

So we arrived at the Beymer Water Recreation Park in Lakin, Kansas. There were about 10 sites, no one was there so we straddled 2 sites to avoid unhooking  the Jeep when we arrived

Two hours further north, still n Kansas, landscape hasn’t changed and we appear to be the only campers on the road.

The little town of St. Francis where the sites were just pullovers on a large loop, perfectly adequate for an overnight, and once again we were the only occupants. 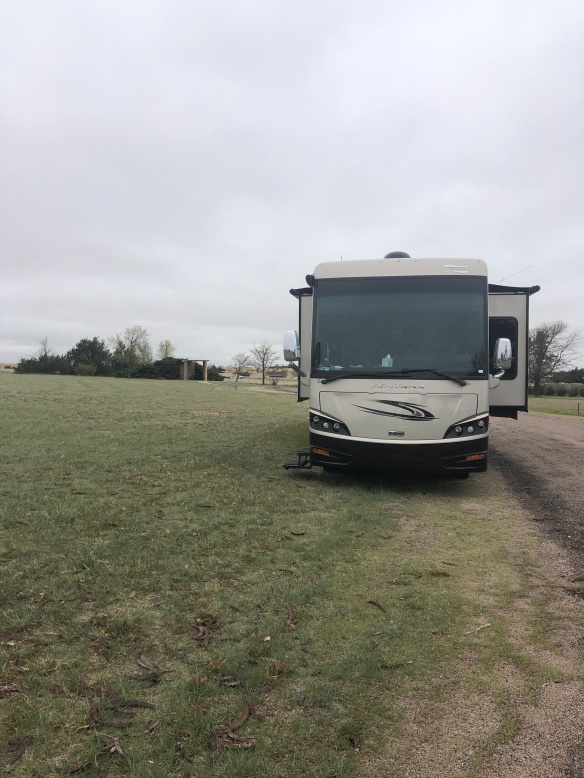 All the action however, came from the bathrooms across the way that evening. Two vehicles arrived, a couple of people exited and went in, then reappeared, changed passengers and took off.

Half hour later at 10pm, one car returned, both people got out went into the shower entrance and reappeared an hour later and drove off.
Very clean people in St. Francis

Not only did we keep forgetting what State we were in, the landscape all looks the same for hundreds of miles, but we never knew what time it was either-central and mountain time weave around a bit. In Valentine NE, for instance, the time zone changed on either side of the street on Main St.

“Toto, I’ve a feeling we’re not in Kansas anymore.” Correct, we’re heading to Nebraska. and the city of North Platte, and the landscape has changed, we’ve gone from flat fields of crops to rolling green hills

Cody Park in North Platte, our campground of choice, was a lovely park with many amenities, a railway museum, baseball field, huge lake, river, concession stand, an animal enclosure which included bison and deer and directly opposite the empty campground.

There were about 18 sites and we selected the pull-through site at the end of the row, away from the bathroom this time. Once again we’re the only campers, and it’s not the price that’s putting people off, we’re only paying $5-$10 per night

North Platte was a nice city, plenty of restaurants, take out only of course, and we tried the mid-Western favorite, Runza’s. Been there, done that!

Unfortunately after 2 days we noticed the “closed” sign had magically appeared at the entrance. It seems someone forget to place it there, as we learned all Nebraska City parks had been closed since March, and as we’d already paid, they’d allowed us to stay.

This news change our plans as we’d already got our next park lined up. No other choice but to stay at an RV park. Wacky West RV Park in Valentine NE were happy to accommodate us at $33 for a dump of a park full of permanent residents, but it was our only option

It was at this point when Steve was setting up the water connection, that he opened the bin and the water softener was missing. It’s a big blue tank that’s hard to miss when you’re pulling away from a site, especially as the last check is brake lights and turn signals

Thinking back to the last time we’d  had a water hook-up we discerned that our water softener is now the property of the Lakin City council, 7 hours south.

Valentine is a homey little town, all street signs are colored red, there are hearts everywhere. Also, Valentine participates in the annual re-mailing program where thousands of pieces of mail flow thought the Post Office so they can be re-mailed with a special Valentines Day postmark and verse 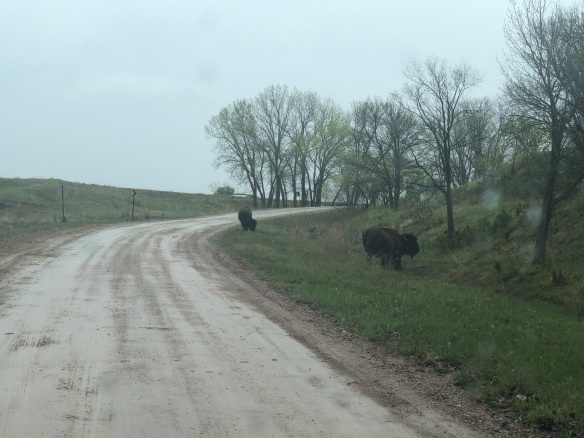 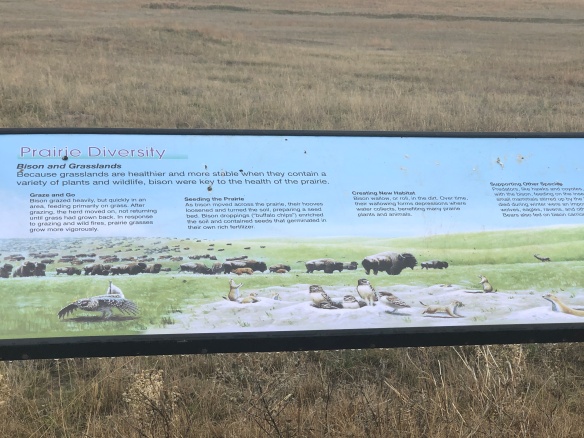 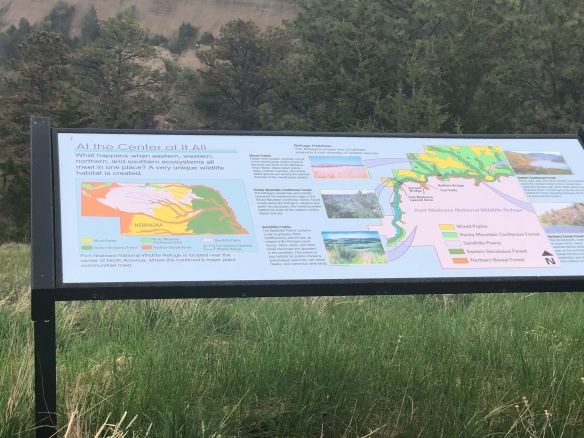 We drove around the Valentine City Park as it was a possible place to camp, but it was closed. 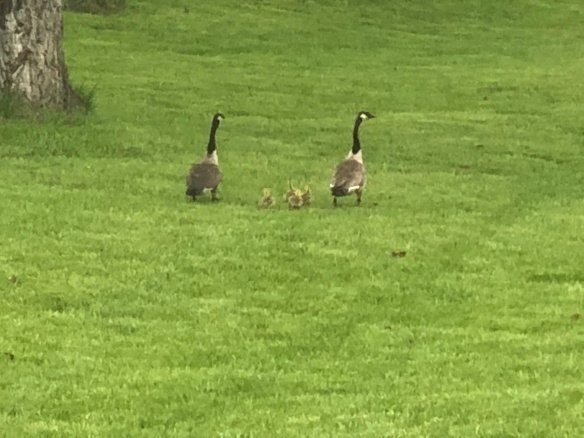 Just like the photo above, it was time for Nebraska to see our butts leaving for South Dakota.