We had planned to go to Tucson, as we didn’t explore much of it last time we were there, but campsites were at a premium and hard to reserve, after all it is March in AZ. Instead we decided to head toward Phoenix and were able to grab a site at Lost Dutchman SP in Apache Junction, on the outskirts of Phoenix where we had to be anyway for our yearly coach service. So not in any rush, we drove halfway to Maricopa and stayed at the Harrahs Ak-Chin casino.

It was quite a busy little parking lot, and we nestled between the tour buses, trucks and fellow RVers

We wandered over to the casino where a band was entertaining the gamblers, so we joined them and Chris won $83, enough for dinner and a movie, with enough left over for a quick trip back to the slots the next day. 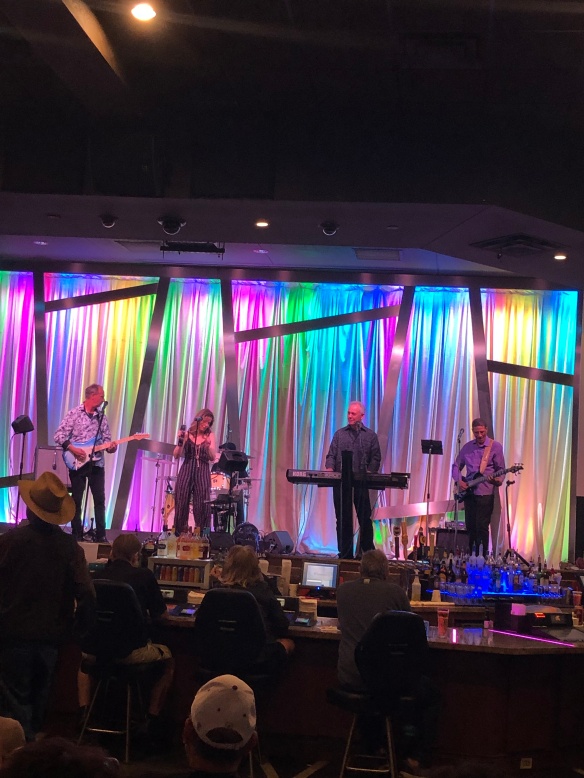 We caught a showing of 1917, didn’t seem very popular in these parts, 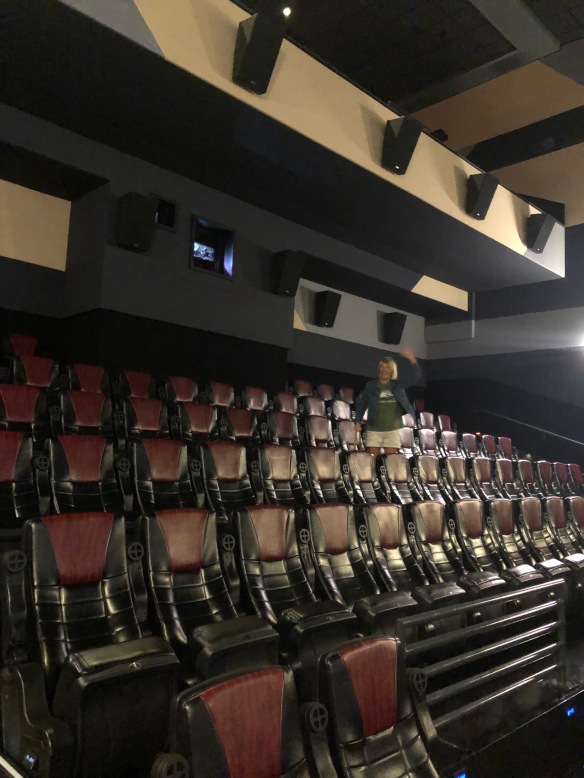 We drove another hour into Apache Junction, to the east of Phoenix where we had reserved a site at Lost Dutchman State Park.

Being an all electric coach with a residential fridge that can be really tough for us, hence our move to solar.

So Chris asked if they had an electric site available, “you’re in luck” they said, someone just cancelled. So they rebooked us and off we went to the new site only to find a coach already there. Big mix up, end result we had nowhere to go as in that short time our original site had been booked. Somehow they pulled out a site that wasn’t even on the map, and it was electric.

These are beautiful sites with picnic tables and fire pits. 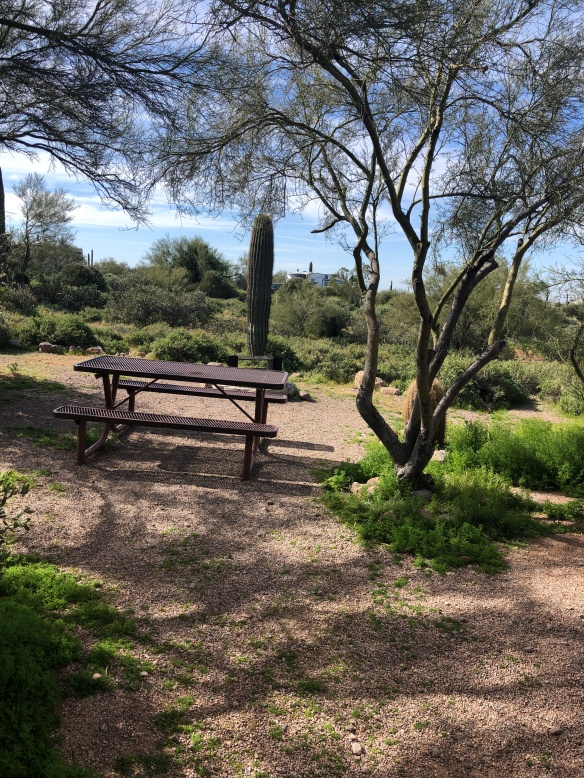 We dropped the coach off for its yearly service and spent the day driving around the Mesa and Scottsdale area. There were a couple of good restaurants in the area, but this one was very different. Mostly because it was all stainless steel, but also because it was Korean, Jin’s BBQ. We hadn’t found a Korean restaurant in quite a while so it was a real treat.

Fortunately the coach service was completed by the end of the day at a price that wasn’t too painful. Good thing too as the solar installation the following week would make our eyes water