Our next stop was to be at Stovepipe Wells in Death Valley National Park, west to east and halfway across the Park. We had been slowly seeing the landscape change since we left Washington, from lush green trees and an abundance of lakes and rivers, to the lowest, driest and hottest of the National parks.

It was a pretty narrow, windy road down to the basin. Not sure of the elevation here, but 282′ below sea level is it’s lowest point.

The temperatures here are so hot in the summer months, July-August, a record of 134*F, that many tabulations of the highest temperature in the US omit Death Valley as a matter of course. 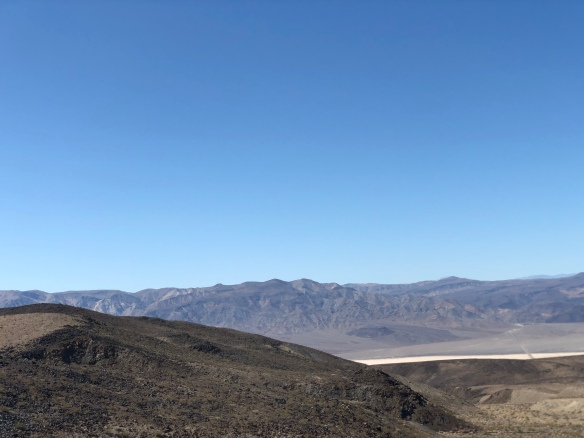 Wonder how many people or cars they rescue from this area each year.

A very daunting and desolate view

We arrived in Stovepipe Wells and the 119 site campground in Death Valley National Park, perfect, except it was closed. Such a shame, apparently they couldn’t staff it, so it was to remain empty. 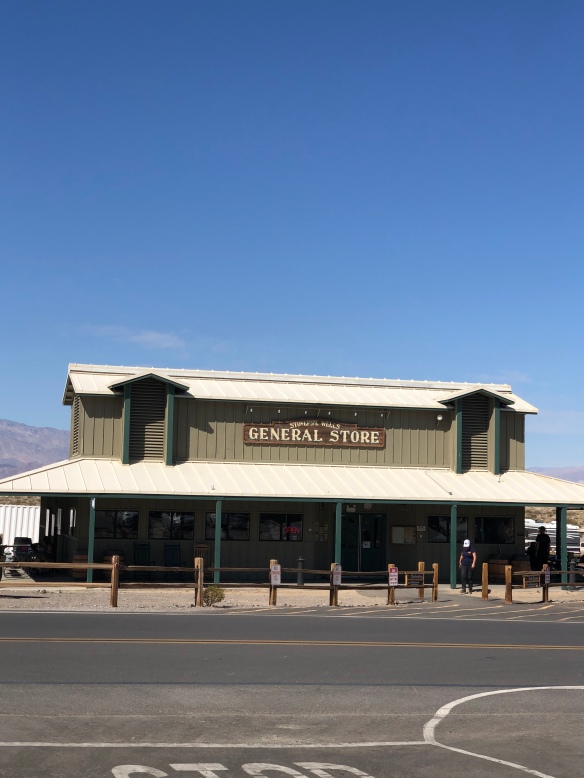 Not to worry, we stopped anyway for some lunch, and Chris met a couple from 25 miles away from where she once lived in England. They were astonished that they’d been on the west coast for 10 days and had yet to see a cloud in the sky, a bit different from the UK

We decided to drive another hour to Pahrump, NV,  to the SKP Pair-A-Dice Escapees Co-Op park. The Escapees are an organization who provide many services for RVers, ie: mail forwarding, discounted RV parks etc 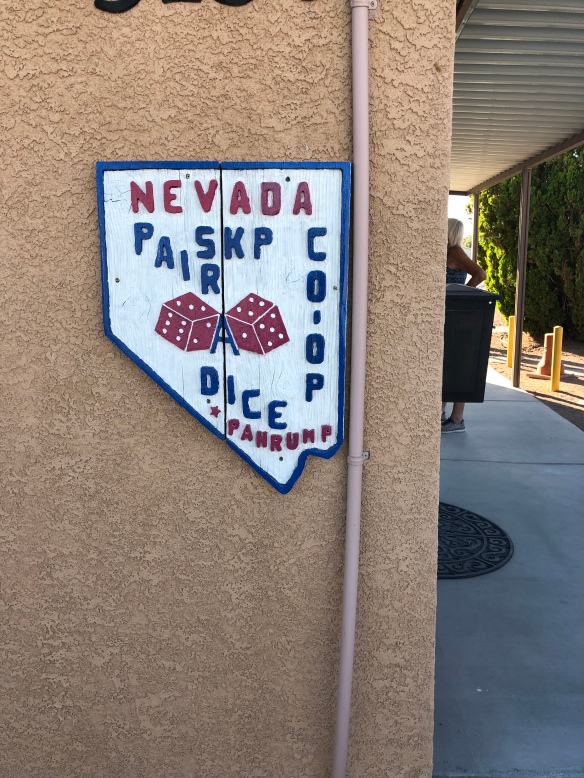 The office was closed, so we just parked in one of the dry camping spots till the morning

We got a full hookup spot for the week and at the first timer special rate of $75 for the week. Regular price is $20 a day. Yeah!!!

Just down the road was a taco truck, most convenient

Nice golf course just down the road too 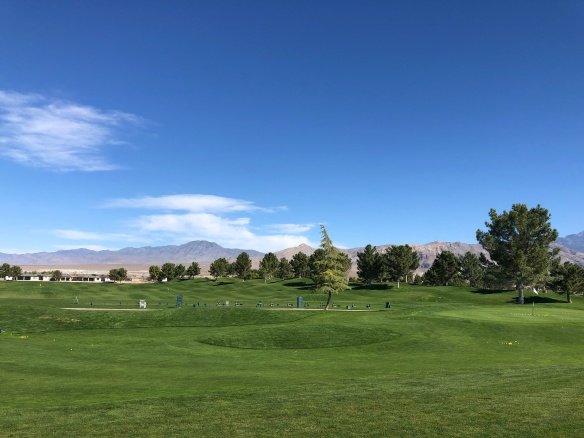 Pahrump is a strange little town, just east of Death Valley and 62 miles from Las Vegas. Until the 60’s they had no phone service, but a radio transmitter in a phone booth next to the small market, and no paved roads in or out. Most of the homes are single or double-wide trailers surrounded by shrub land. 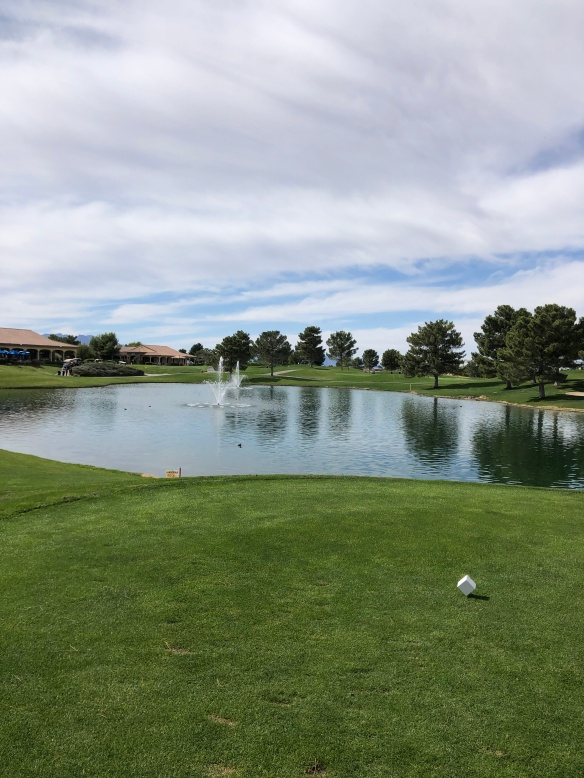 There’s a housing development being built around the golf-course, hoping to attract seniors or snow-birds. There are 3 casinos, 2 supermarkets and a handful of locally owned restaurants in the town. The notable businesses in Pahrump are the Front Sight Firearms Training Institute and Sheri’s Ranch, the town brothel.

Both our bikes needed some TLC as they they both had flats and Chris’ would not shift. As they just hang out on the back of the Jeep, they are very exposed to the elements.  We found a repair place a couple miles away, but they did not open until 2 pm. which seemed odd. Well the shop is called The Bicycle Warehouse and is in a garage in the back of a house. The reason it opens a 2 pm is because the owner Mark rides 120 miles 5,000 ft climb 6 days a week in the mornings before the heat of the day. He also does deliveries of mail/prescriptions etc… all by a 1 speed bike.

One notable resident of Pahrump is Ronald Wayne, the 3rd co-founder of Apple Computers who relinquished his equity in Apple for $800 in 1976. That’s just sad.

After a week we decided to leave and head to Lake Mead, new rule of thumb, once we don’t need a GPS to get around, it’s time to move on.