Hello British Columbia, Canada. Because we changed our route at Glacier, we arrived in Canada via the Roosville Border and crossed into British Columbia rather than Alberta, but we were still focused on Calgary as our next major destination.

We picked a good time to cross the border, we were the only vehicle going through

Not soon after we crossed the border we came upon this tunnel. Our GPS guy should advise if bridges and tunnels are too low, but he’s often asleep or likes to play with us, but we made it.

Our next stop was Sparwood, just a stop on the way in keeping with no more than a 3 hour drive.

It was a nice campground, quite close to the main road, but pretty quiet nonetheless 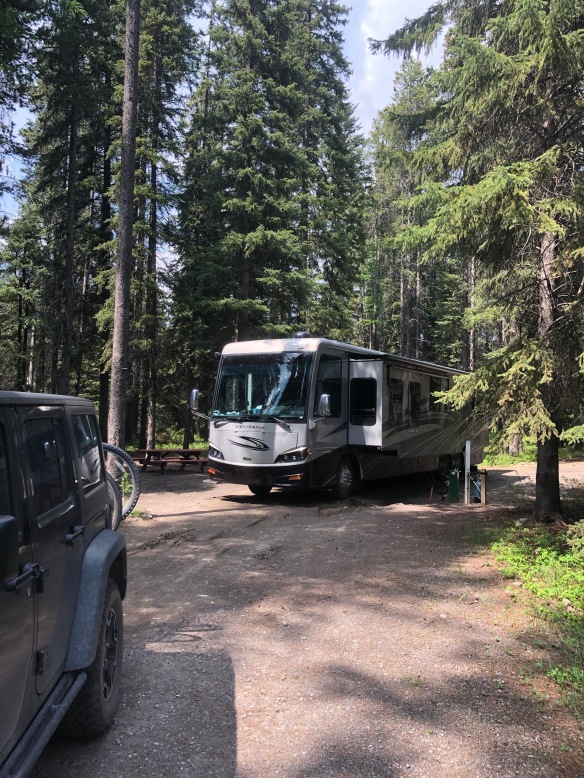 Sparwood was a small town, a mining community, with an outdoor museum covering the history and machinery used over the past 100 years 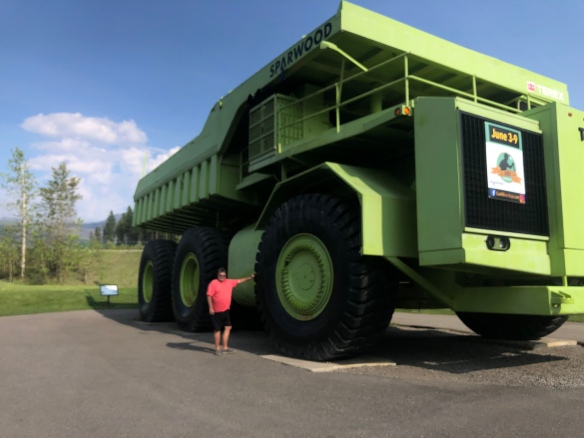 We ventured into Alberta via the Crowsnest Pass, which was just 8 miles from Sparwood

Beautiful scenery over the Crowsnest, which took us into the town of Coleman

We then moved on toward Calgary to the town of Okotoks Alberta and the Okotoks Lions Sheep River Campground. This bought us within 30 minutes south of Calgary

We decided to take a bus tour around the city and saw quite a bit of what Calgary had to offer. Our tour guide was awesome. 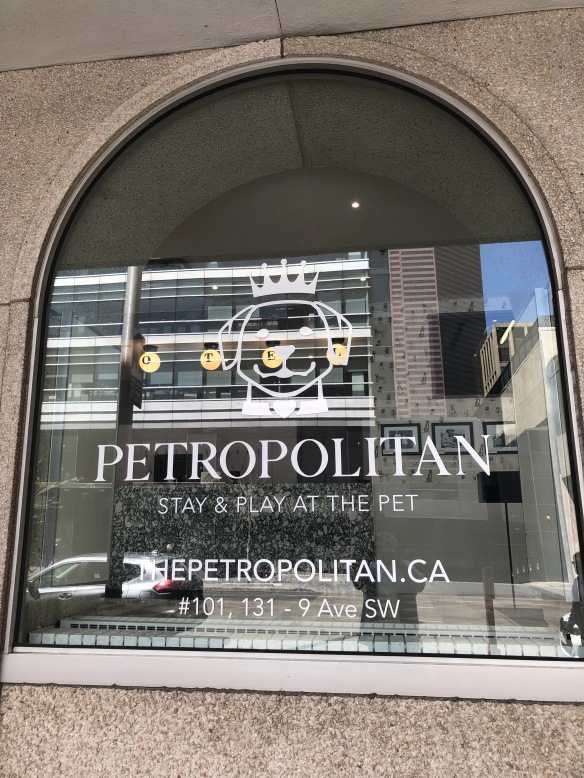 This pedestrian thoroughfare was wall to wall restaurants located in turn of the century buildings, great and varied architecture 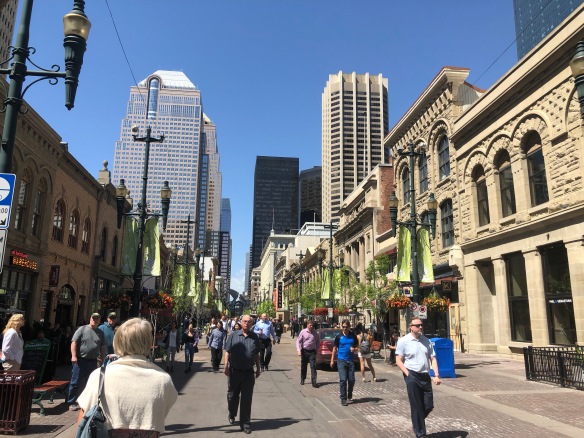 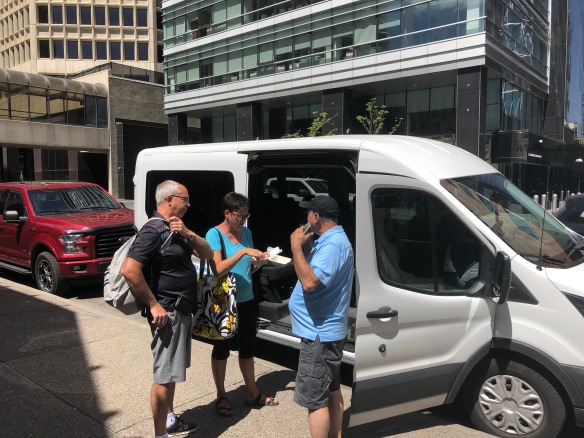 Our tour bus and Driver (Ken)

Hmmm The Faces came to mind 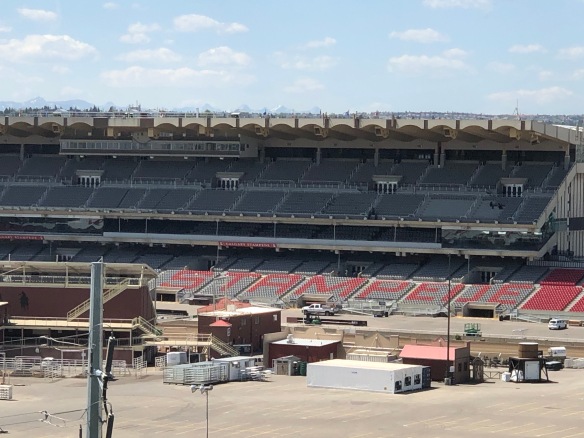 The tour stopped at the site of the 1988 winter Olympic’s  in Calgary.

Okotoks was a lovely town, very vibrant and new and with, we assume, a large British community. Two fish and chip shops,  a British sausage shop and the coffee shop we frequented had homemade shepherds pie.

Even an Indian restaurant 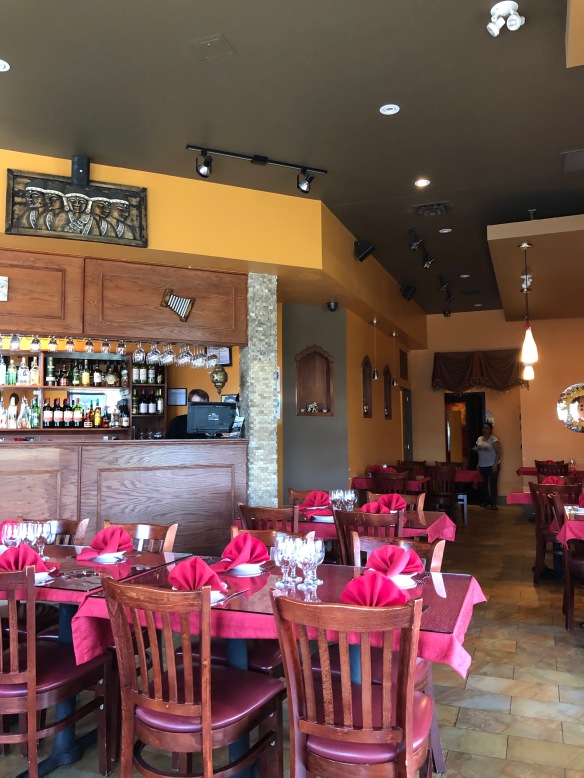 We spent 3 days in Calgary, the weather was kind and showed the city off in all it’s glory.

But time to move on to our next National Park