On January 1st. we drove from Yuma AZ to Blythe CA. approximately 90 miles north on Rte 95 past the Kofa National Wildlife Refuge. Along the way we stopped for a bathroom break when Steve noticed a familiar coach approaching from the mountains. Someone emerges from the coach with camera and tripod and sure enough it’s Peter from The RVgeeks. Steve has followed these guys for several years, learned much from their technical and mechanical expertise, so was thrilled to meet them. Small world! 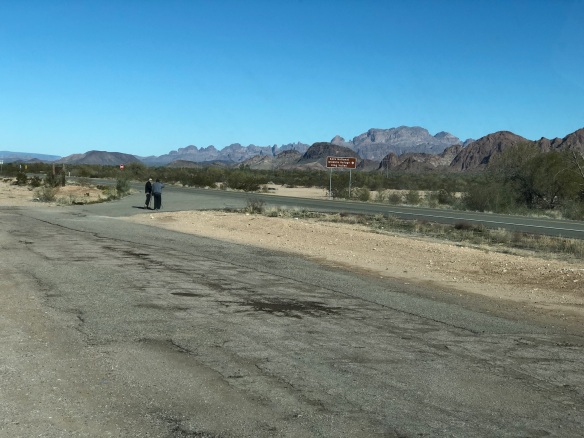 Steve talking to Peter from The RVGeeks

Our campground in Blythe is quite small, 200 campsites, surrounded on 2 sides by an 18 hole golf course and mountains on the other. All these sites are privately owned, and we are renting from an owner for a month for $350. We have a pool and activities in the club house. Blythe is only 30  minutes from Quartzsite where we’ll be joining OOBerfest for a week in January for a rally.

Blythe is another desert town that survives on the ‘snowbird’ business. It has a supermarket, 1 or 2 restaurants and some fast food joints, and once temperatures start to soar, the population will take a dive.

Our Newmar Ventana at Rancho Ventana

$325 per month, nice views if you get a river view but no resort facilities 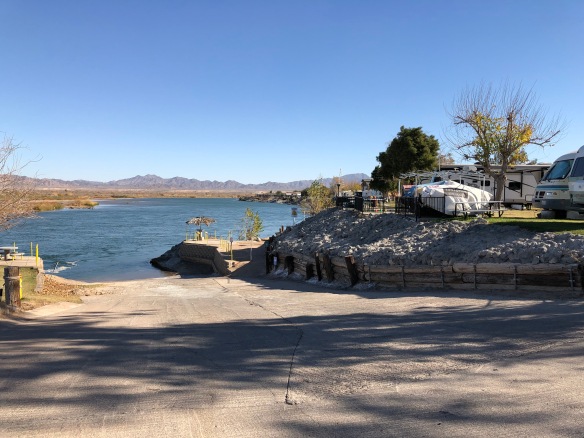 We took a jaunt in the car to Indio, and Coachella an hour and a half west. We’d heard a lot about these towns that have hosted many a concert, but nothing goes on apparently when big names are not performing.Plenty of RV resorts and golf courses but overall disappointing.

On our way we stopped at General Patton Museum and memorial commemorating the area where Patton trained 3,000 troops under desert conditions before deployment to Africa during WW2

We drove south to the Salton Sea, south of Coachella.

This is the largest lake in CA and it’s high salinity is toxic to most of the fish. So there are areas of dead fish made noticeable by all the birds flocking for a meal and the stench as you get closer to the shoreline. Recently there has been an outbreak of avian cholera where over a thousand bird carcasses have been found, due to stress during cold winter months and flocking together in high densities  causing the disease to spread rapidly. 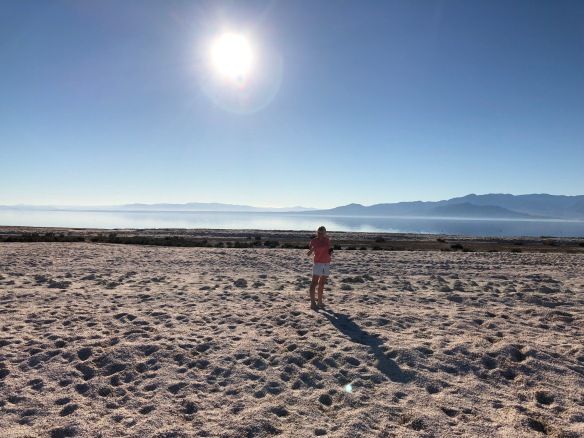 Another day-trip one hour north to Parker AZ. where the Colorado River Indian Tribe rules. 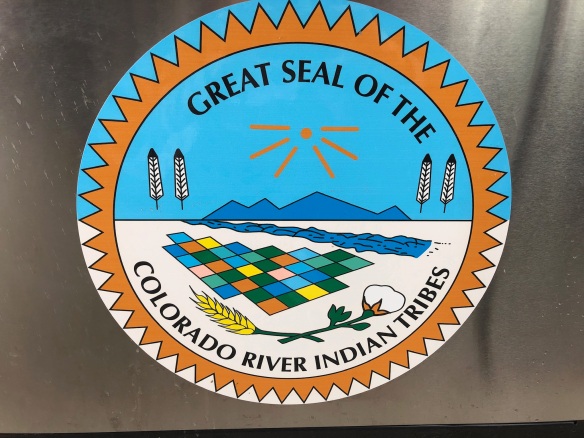 We headed out for lunch at the Desert Bar (Nellie E Saloon). This establishment was 5 miles down a dirt road through the mountains. We were beginning to think we were on a wild goose chase until it suddenly appeared a bit of an off road adventure to get to.

Not quite needing a 4 wheel

In the middle of nowhere the bar/restaurant contained 2 or 3 dining areas, a bar  and live band. All solar panels on the roofs over the tables 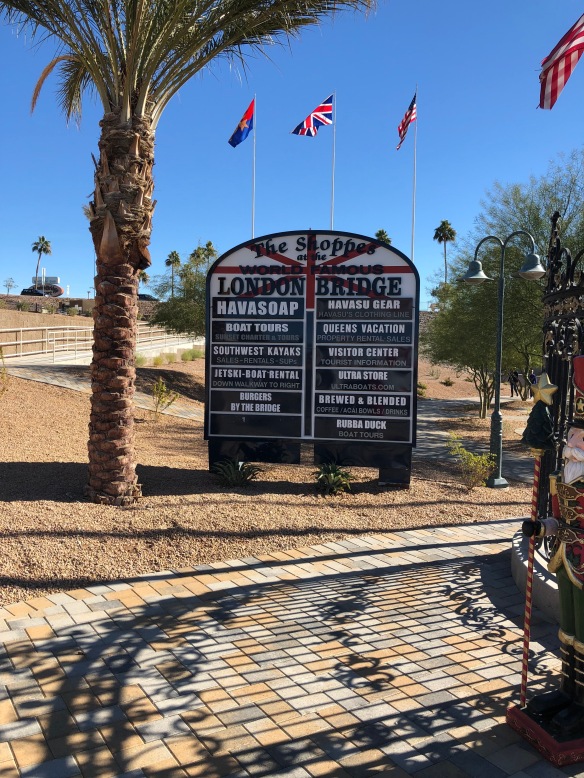 Not even a pub or tea shop here

Lake view from a restaurant over the London Bridge 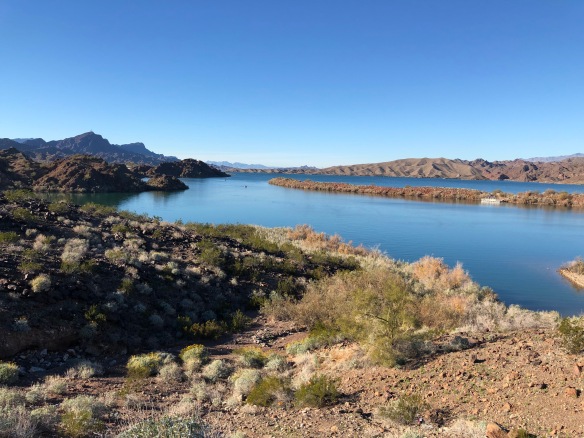 Nice view before the dam 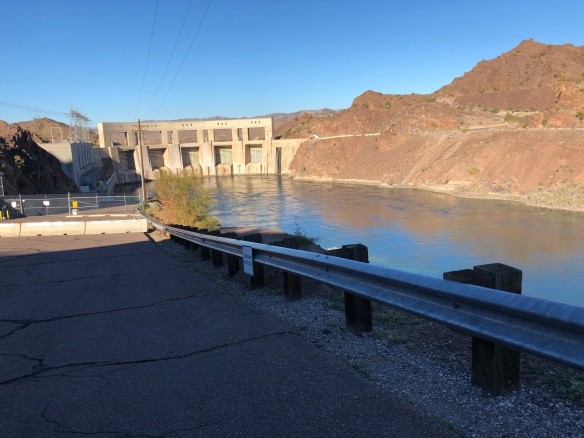 We had planned to visit Joshua Tree National Park while we were in the area, but due to the Government shutdown there’s been rampant vandalism reported, so we decided to visit once order has been restored.

The weather has started to improve, it was in the 80’s in November and suddenly dropped to unseasonably cold levels throughout December and beginning of January, averaging 55-60 highs and 40 degree lows. Not terribly cold, but not what we expected.

Since the middle of January it’s been warmer, and we’re now in the 70’s on a daily basis.

Now we’re heading back to Phoenix for some recall work on the coach, then on to Quartzsite for a rally