It was a short 3 mile jaunt to the border crossing over the North side of the Thousand Island Bridge system. 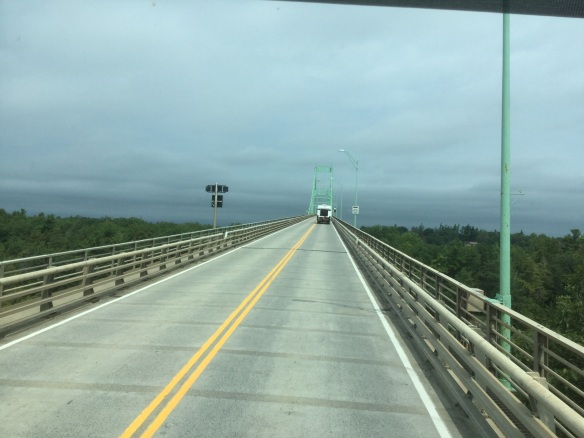 The North side Thousand Island Bridge into Canada

Border crossing was without incident and we proceeded down Highway 401 to Montreal, about a 3 hour drive, to our first stop Camping La Cle` des Champs, Saint-Philippe-De-Laprairi,. about 10 miles from downtown Montreal. 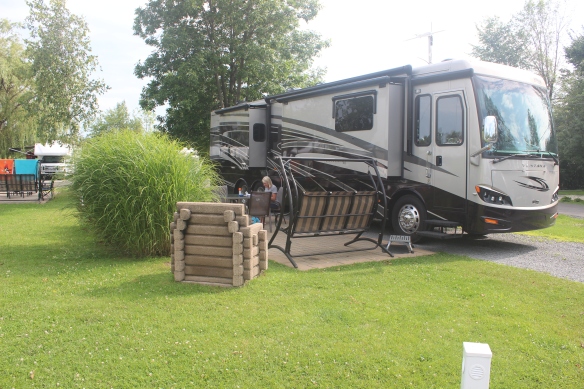 Nice site with brick pavered patio and already furnished with a table 4 chairs and a bench swing, interesting barbecue.

Campground was really well maintained, and many long term campers had done some really nice  landscaping their individual plots. I believe we were the only non-Canadians here, practically all were French speaking. The aromas around our site were mouthwatering, as people carried around pots of food visiting friends. 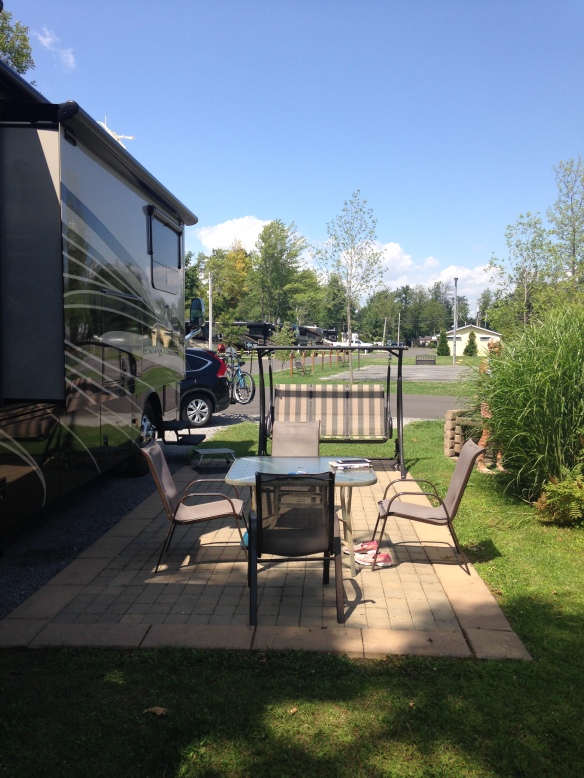 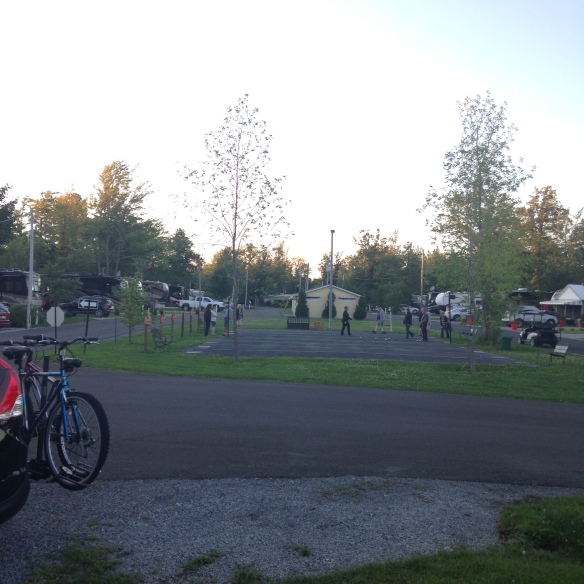 None of those aromas were coming from our coach, so we ventured into the city for some dinner. We drove into the city center as this day was a Holiday so not much traffic and easy parking.

We found a nice little tapas place on McGill and Notre Dame St., and sampled some of the fabulous meats and bread. Then ventured into the Old Part and sampled some poutine, crispy fries with cheese curds and gravy. 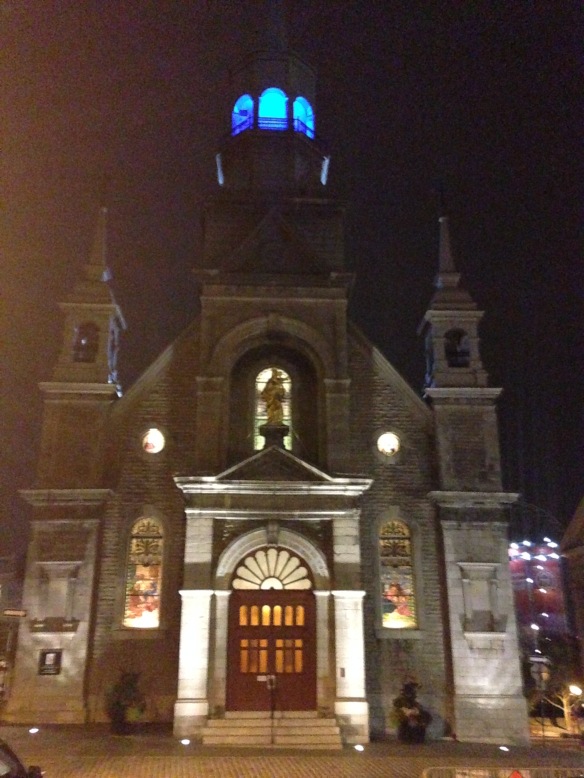 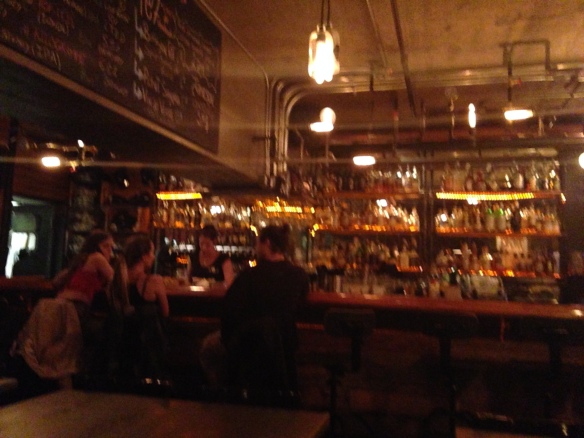 Stopped at a small bar for some poutine 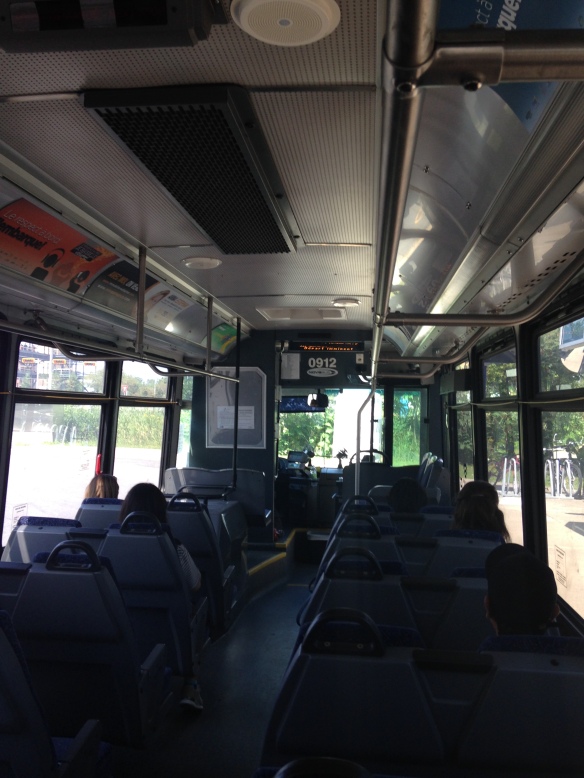 Took a bus into Montreal

The next day we found the bus to take us into the city center, then took the Hop On/Hop Off Double Decker guided tour. 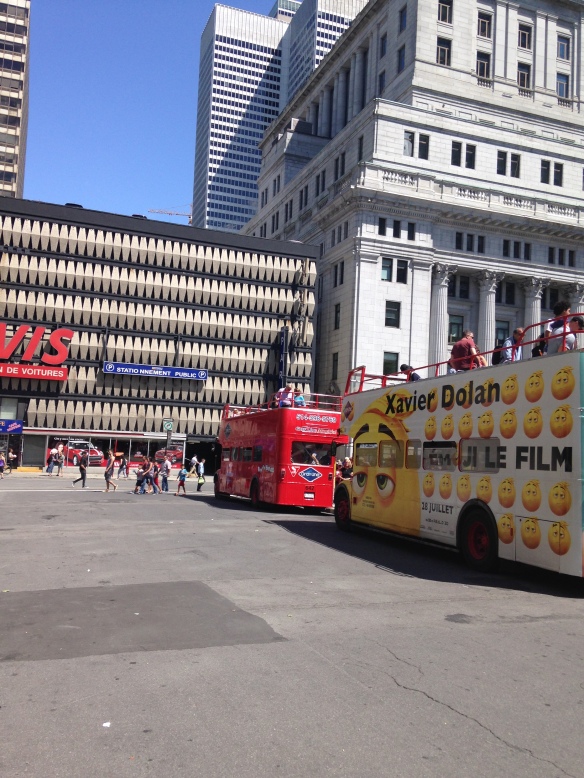 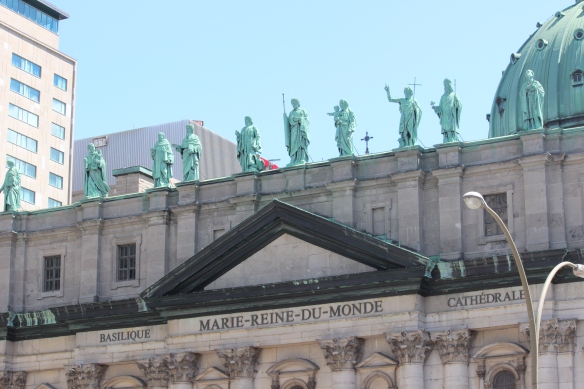 The architecture in Montreal is amazing, blending old and new buildings, this is the  Mary, Queen of the World cathedral, one of dozens of basilicas and cathedrals around the city. This was across from the train station which was just as ornate. Statues are prevalent everywhere and the city was in full bloom 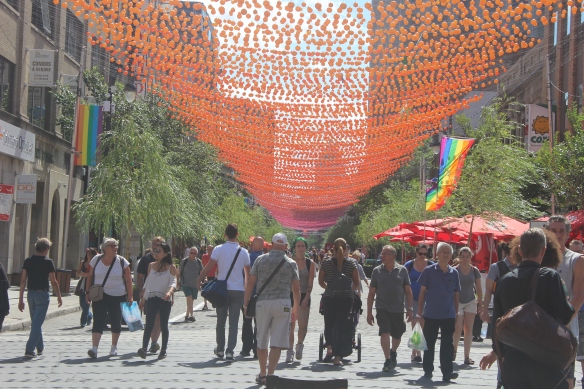 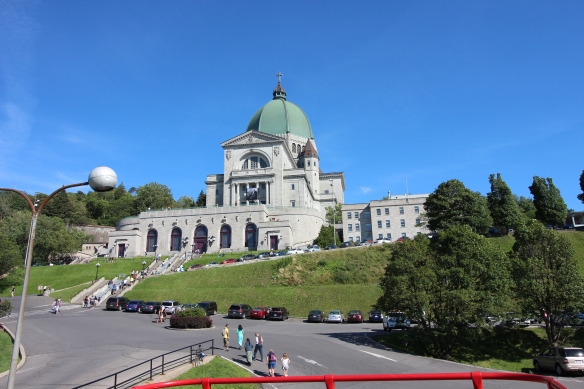 St Josephs Cathedral in Mont Royal, the highest point in Montreal and surrounded by a massive park offering views across every part of the  area. 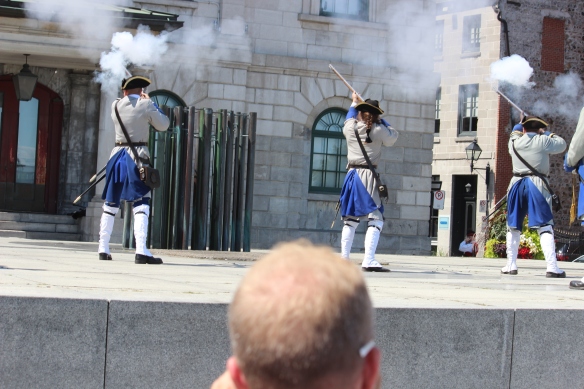 Reenactment at the Customs House at Place-Royale 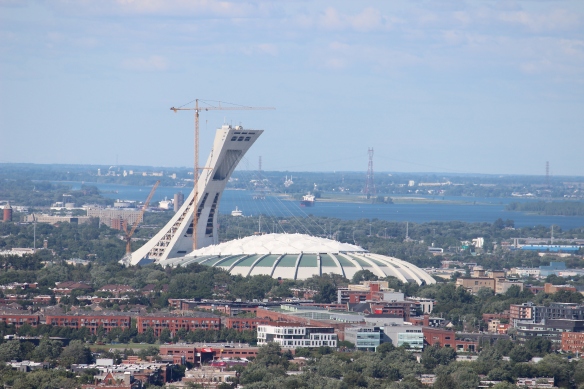 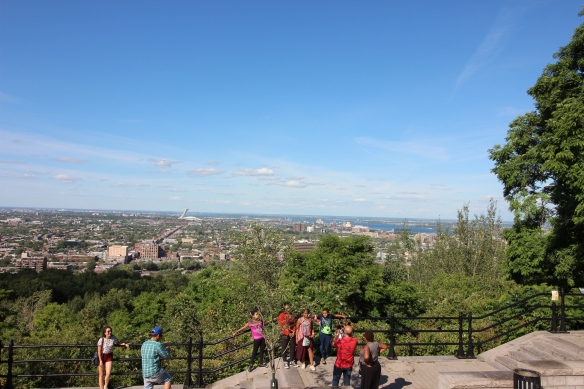 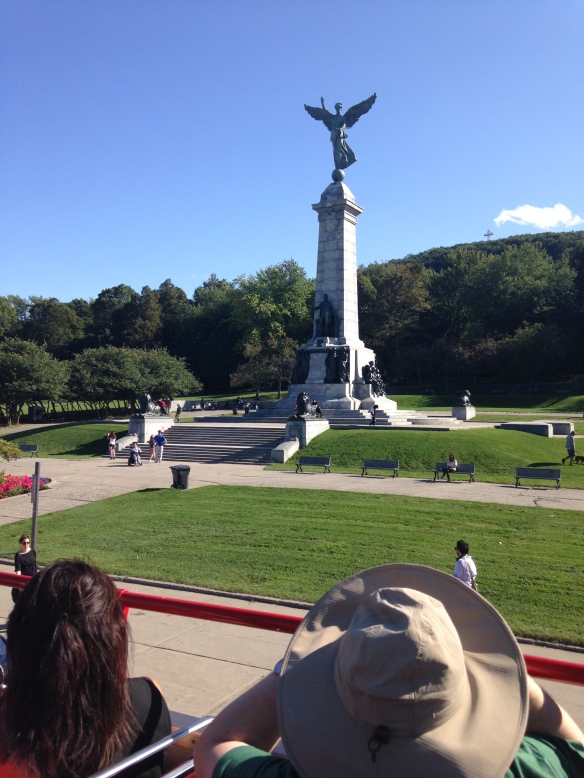 George Etienne Cartier, 1814-1875 co-premier of the Province of Canada and promoter of confederation and the improvement of Anglo-French relations in Canada. 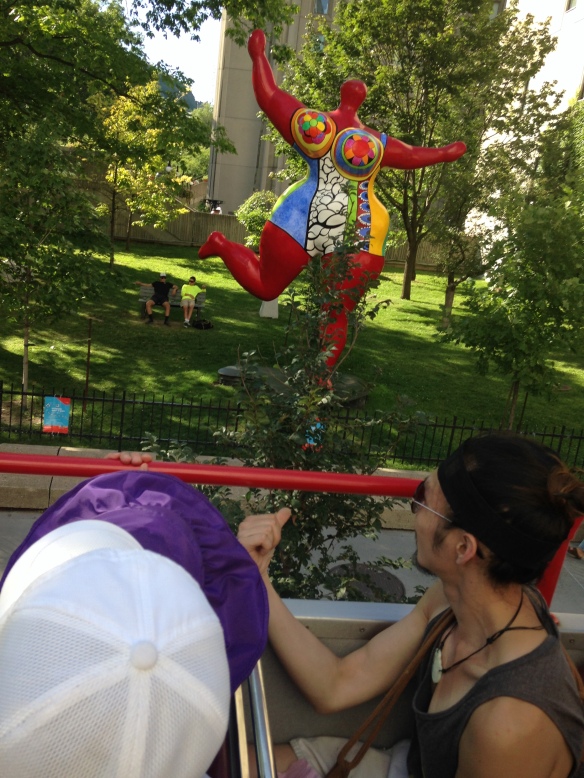 One of the many sculptures through out the city 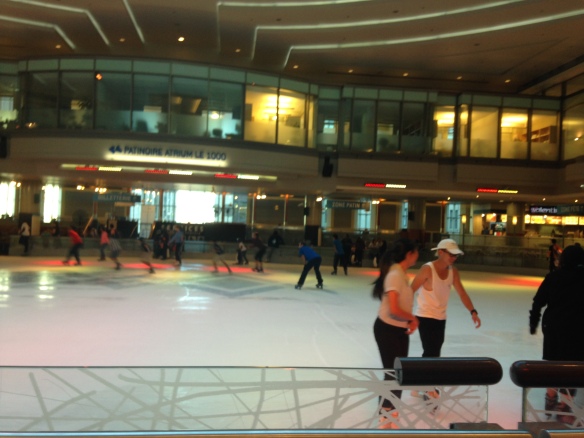 Ice skating in the Metro/Bus terminal

It was a perfect day for sightseeing and for eating pastries. We tried with great success to find the best patisserie in Montreal.