We left the Prince’s and headed south towards  Vancouver. On the way we stopped in a rest area which claimed to have part of the Roman wall that made up Tintagel Castle in England. The castle is still standing over there so we’re not sure what prompted the owners to part with a piece of the wall just so it could be displayed in a rest area no less. 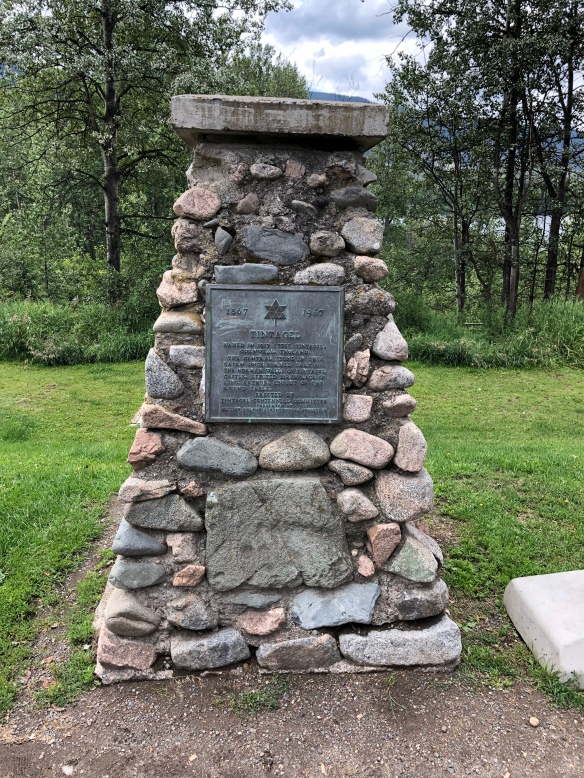 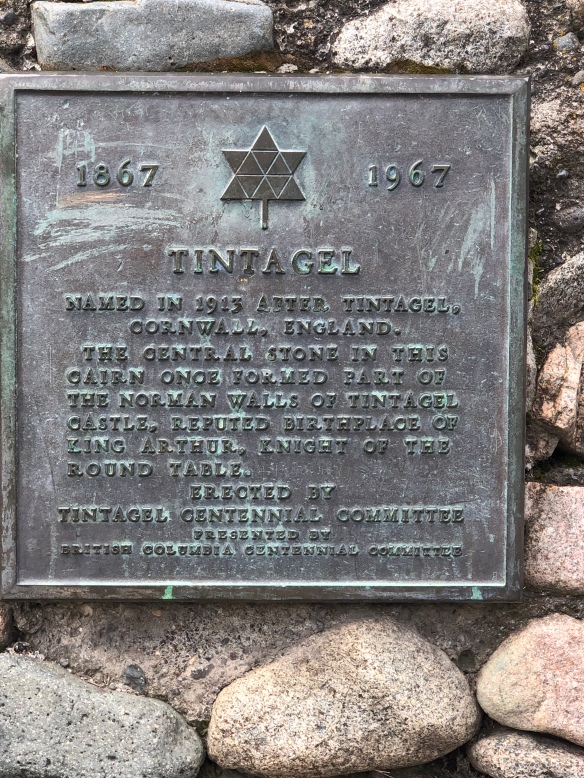 Our first stop was at a nice little park in Lac La Heche, Lake of the Axe, called Kokanee Bay Motel and Campground. Our site was directly on the lake and a very peaceful spot 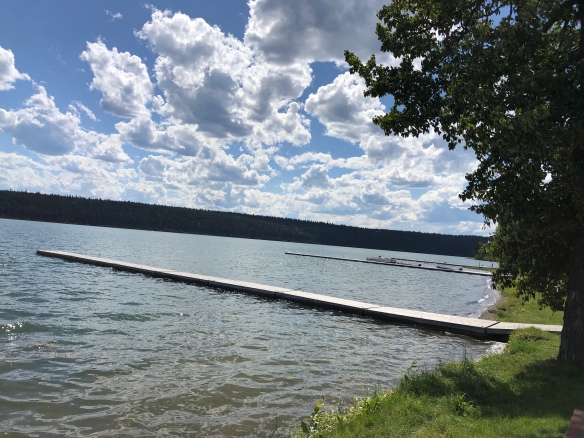 We left here and followed the Fraser River all the way down to Boston Bar,  about 2 hours South. 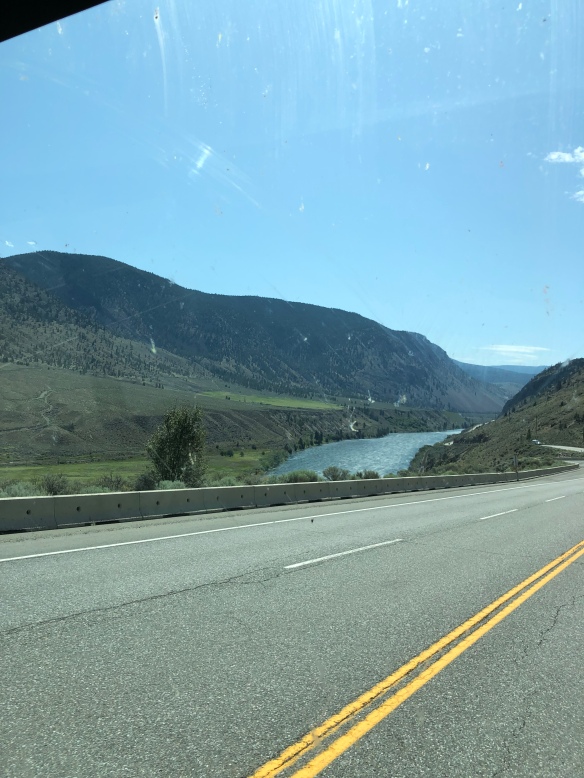 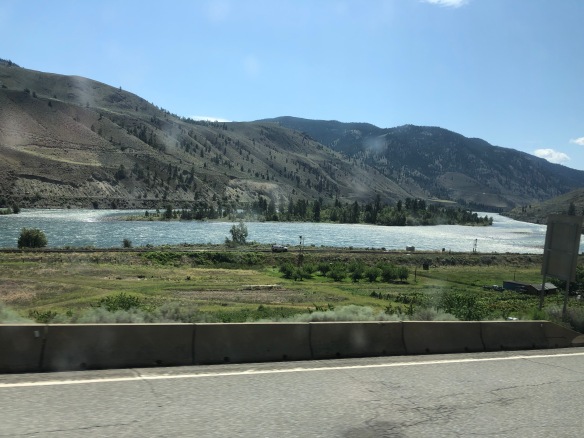 Nice little campsite where we met a cyclist, Andrew, who was a french horn player for the Vancouver symphony.

From Boston Bar to Vancouver was nothing but glorious scenery

Went out to dinner at The Old Towne Inne Neighbourhood Restaurant. We met some of the colorful locals. 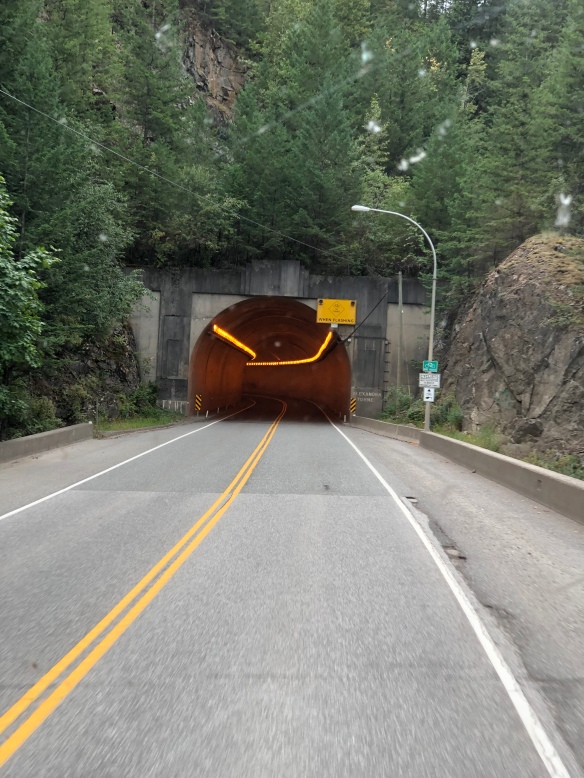 Once we got through this tunnel, just like that, we were back in the  world of civilization.