We finally said goodbye for now to Utah and headed to Idaho, but not without some drama, both leaving Utah and arriving in McCammon Idaho, about 30 minutes from Pocatello 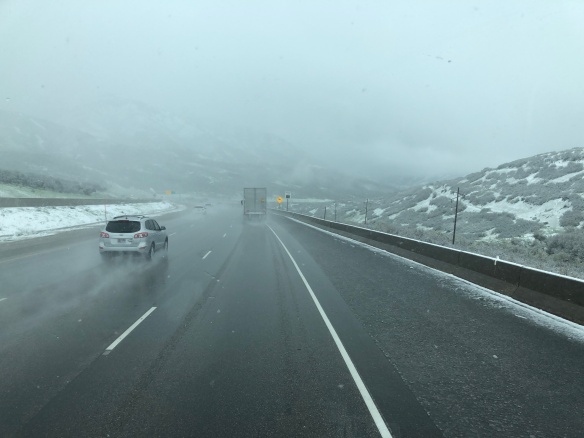 Snow,sleet and rain as we left Utah 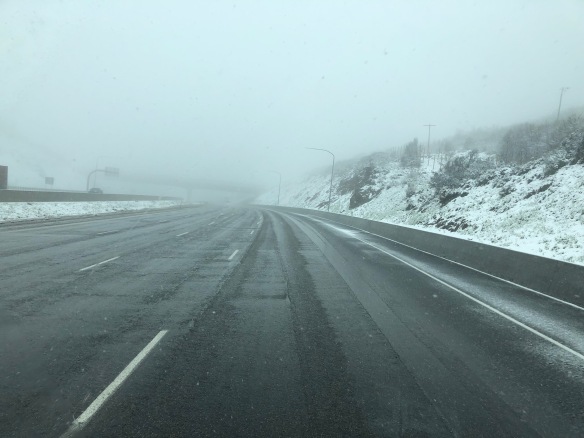 Another GPS failure trying to find the next spot. We wound up on a dirty/muddy road between cow pastures and had to turn around in a very tight spot. Unhooked the car to try a 15 point turn in the coach, tail pipe buried in mud, Chris slipping and sliding in the mud trying to direct. Went back to the highway to give the GPS another shot, and this time the route was easy, sometimes he just needs a do-over

It was very isolated here but really big campsites. 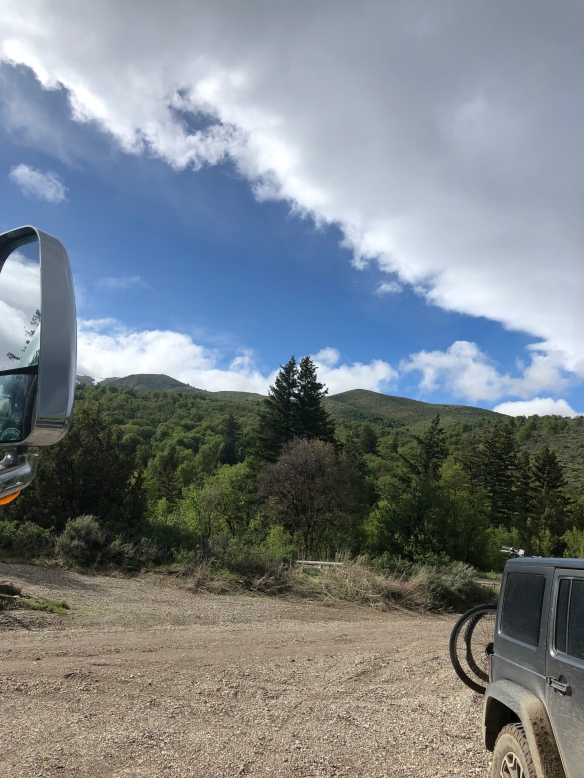 Idaho has a very lush landscape, with mountain ranges, lakes, rapids masses of cows. It reminded us of the New England area, in contrast to the dramatic scenery of Utah.

We drove into Pocatello for the Saturday Farmers market which is in the old town. Nobody around, just a few vendors but not a potato to be had. 25% of US potatoes are grown in Idaho, but consumed in other states, NY and FL are the biggest consumers.

Next we drove up to Idaho Falls, about 45 minutes away for a doctors appointment.

We stayed the night at the South Tourist Park campground, close to the doctors office and close to town. Once again we were alone in the park except for the cars and trucks that kept driving around. The occupants were 50-60 year old men, who would do circles around the campground and sometimes stop for an hour, then drive off.  We just couldn’t figure out what was going on, but were glad it was only a one-night stay

The Falls were very pretty, and there are a few museums. They have an extensive river walk along the snake river, but the weather so was bad we elected to stay in the car. 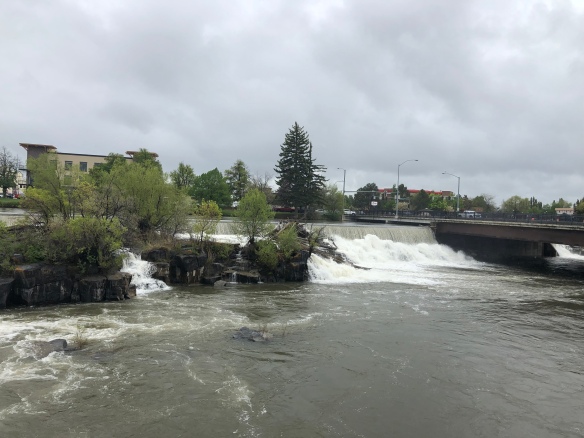 We had a great lunch at the Bee’s Knees Pub & Catering Co.